Baltimore police are scrambling after an explosive video, which appears to show an officer planting drugs, surfaced online. The clip runs just over a minute and was released by Baltimore Sun crime reporter Justin Fenton. On Wednesday, Fenton authored an article in the Sun stating that “police and prosecutors have launched investigations.”

Footage shows officer placing drugs in trash; goes out to street, turns on camera, returns. Cams save 30 sec prior to activation, w/o sound pic.twitter.com/5ZW128lWFM

The video purportedly shows an officer placing a plastic bag of white pills among garbage before walking to the street where he turns on the camera and says “I’m gonna go check here.” He returns to the alley and retrieves the pills, before yelling to his fellow officers, who were previously standing with him in the alley.

However, police cameras have a function that saves 30 seconds of video before officers activate the body cams. According to Fenton, the drugs were used as evidence in a case from January and the suspect was still in jail and awaiting trial, until the video surfaced.

RELATED: When the cops Tased a naked, drunk man who refused to get in the squad car, he got a fiery surprise

A spokesman for the Baltimore Police Department said in a statement, “we take allegations like this very seriously and that’s why we launched an internal investigation into the accusations.” They are expected to discuss the incident further in a press conference on Wednesday afternoon.

Prosecutors dropped the charges against the man who was charges with possession of the drugs. The public defender told Fenton that when he showed the state attorney the clip, and the lawyer reacted “a shitstorm is coming.” Prosecutors were pushing for a guilty plea. 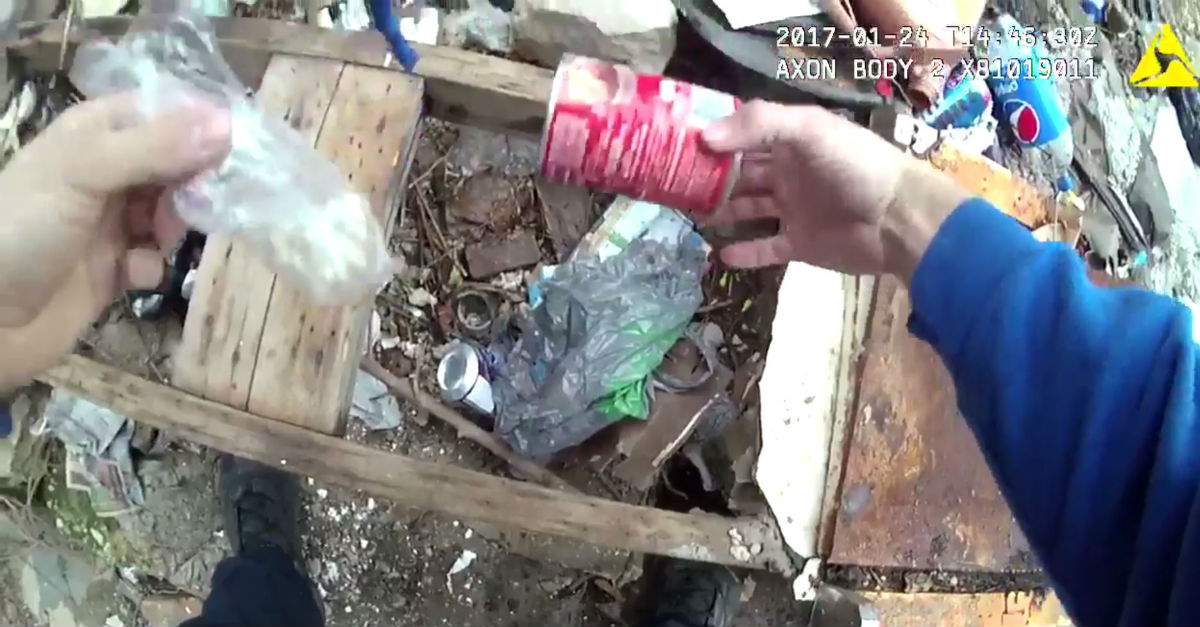