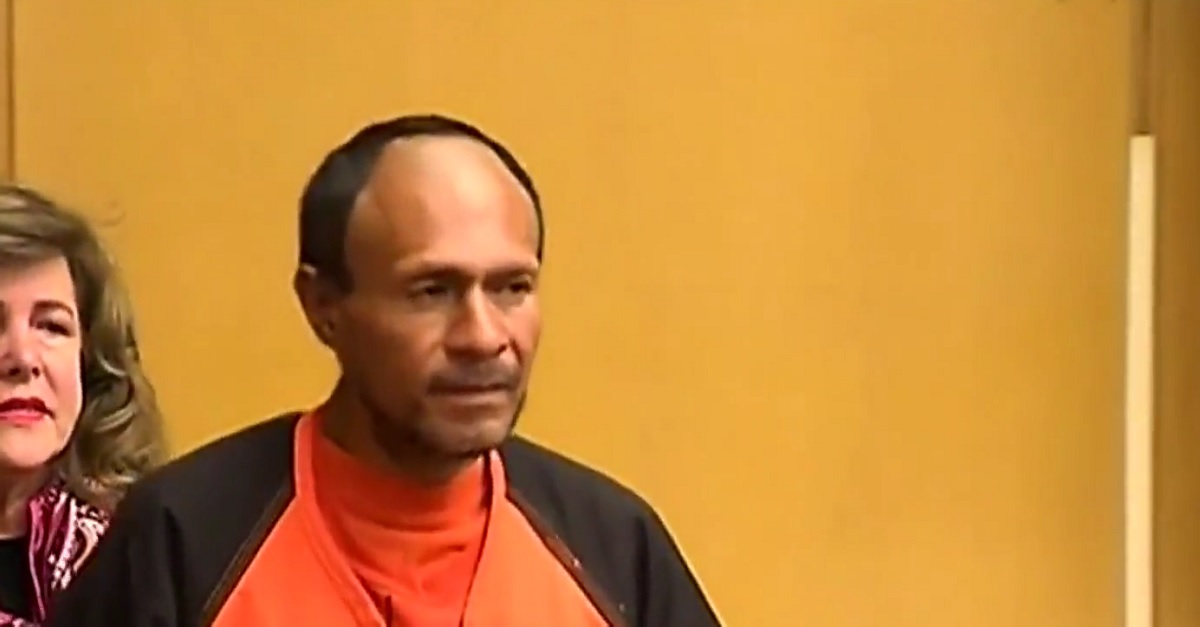 A federal grand jury has indicted Jose Ines Garcia Zarate on new weapons charges just days after the undocumented Mexican immigrant was found not guilty of murder or involuntary manslaughter in the death of 32-year-old Kate Steinle in 2015.

He’ll be sentenced for the crime of being a felon in possession of a firearm — a charge that carries a sentence of 16 months to three years — on December 14. His attorney says they plan an appeal after the sentence.

Zarate was notoriously deported five times before the death of Kate Steinle.

The now-infamous case attracted national attention and served as a proxy battle for the nation’s contentious immigration debate, attracting the attention of then-candidate Donald Trump, who called the verdict in the case a “complete travesty of justice” on Twitter:

The Kate Steinle killer came back and back over the weakly protected Obama border, always committing crimes and being violent, and yet this info was not used in court. His exoneration is a complete travesty of justice. BUILD THE WALL!

After the San Francisco jury acquitted him of murder and manslaughter charges last week, the Department of Justice amended and unsealed an arrest warrant for Zarate that stemmed from violations of the terms of his release from prison in 2015.

Zarate shot and killed Kate Steinle in San Francisco during a three-year supervised release period imposed on him. Under the terms of that release, he was forbidden from committing crimes and possessing a firearm, which he admitted to violating in the shooting of Kate Steinle.

The gun used in the shooting had been taken from the vehicle of a Bureau of Land Management ranger just days before the shooting.