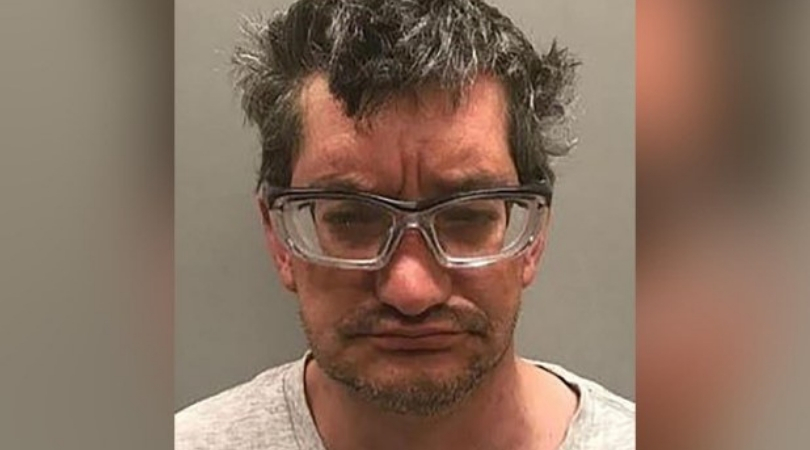 A pedophile convicted of sick and unthinkable crimes fainted in a Rhode Island courtroom after hearing his initial sentence by the court judge. 45-year-old Thomas Goodman was convicted to a 260-year sentence for molesting a newborn baby and other prepubescent children.

Goodman collapsed onto a table inside the Providence Courtroom in Rhode Island, as the judge announced a sentence of 160 years longer than prosecutors had initially called for. U.S. District Court Judge John J. McConnell stated the lengthy sentence was necessary to protect the victims, adding, ?You spent six years sexually abusing two young girls when they were 6 years to 12 years old. It is clear to me that as a result of you being victimized you went out and victimized.” McConnell stated his most important obligation was to protect the public and ensure that Goodman could never again harm the victims by making sure he never got out of prison.

Prosecutors stated Goodman filmed himself inappropriately touching a three-week-old infant. The abuse allegedly started when she was just three weeks old until she was 18 months. Goodman, who heard he would spend the rest of his life behind bars by the judge, groggily came back to his senses several minutes after collapsing on the table. After the depraved pedophile fully regained consciousness, the judge quickly slapped him with another 30 years for 8 counts of sexually exploiting children and 20 more years for 1 count of possessing sadistic and masochistic child pornography.

The Rhode Island man will serve the sentences consecutively, ordered by the judge. Prosecutors called it “by far the worst” case they have ever handled. Unapologetic with his sentence, Assistant U.S. Attorney Lee Vilker, stated the harm the pedophile caused them will never leave the victims’ memory. Several of Goodman’s victims are now 16 years old and have been scared personally after he abused them for years since they were toddlers.

According to the Providence Journal, Goodman’s attorney asked the judge for a more lenient sentence, saying his client had been molested as a young boy by his teacher, but was it was quickly denied. The pedophile was initially caught after photos were found on his phone after it was confiscated by his employer, a submarine manufacturer. Goodman violated policy by using his phone on company property, promoting a review of its contents.

I have always been against the #deathpenalty. ALWAYS. After reading this, I’m starting to rethink my position. This foul excuse 4 a human being revolts me.

According to the attorney’s office, while conducting the search on the phone, Electric Boat Security discovered numerous amounts of child pornography. After a forensic examination of all electronic devices and interviews with the defendant, authorities found that Goodman possessed approximately 7,800 images and 370 videos of child pornography.

In addition to serving 260 years in federal prison, Goodman must pay a fine of $5,000 on each of the 9 rounds he plead guilty to back in October 2018, per the Justice for Victims Trafficking Act.

This is ridiculous. So, you’re saying that he was sick enough to sexually abuse two girls under the age of 5 and molest a 3-week-old, but couldn’t keep it together for his sentence? That’s preposterous, goes to show you how weak and cowardly these individuals are when it comes to facing their crimes and paying for their tragic actions. If it was me, I’d round up his sentence to 300 and call it a day. This man isn’t a man, he’s a monster.