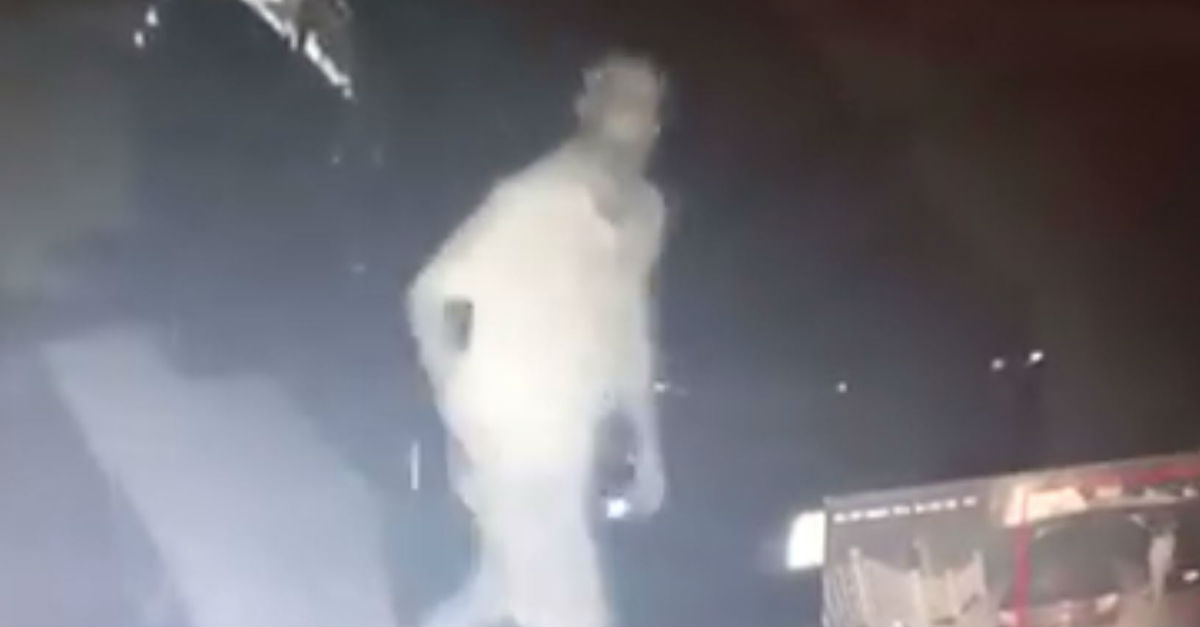 A man in southern New Jersey was captured on video slashing the tires of emergency vehicles in the parking lot of the Somerdale Police Headquarters. Police are searching for the suspect, who dug his knife into a total of 52 tires.

The crime occurred around 1:30 a.m. on Sunday morning when the suspect, who is described as a tall, thin bald male in red sneakers, NBC Philadelphia reports. The Somerdale Police Department reached out to the public for help, uploading a video and photos of the man to their Facebook page.

RELATED: Philadelphia calls in the feds to investigate an early morning train collision that injured 42 people

According to Philly.com, the suspect vandalized the following vehicles:

Police managed to capture the video around 4:30 a.m. when the suspect returned to the parking lot and was seen hiding behind cars at a house across the street.