Indiana State Police have released an image of a person of interest in the double murder of Abigail Williams, 13, and Liberty German, 14, both of Delphi, Ind.

The teenagers went hiking on Monday, Feb. 13, and failed to return; the bodies of both of them were found by volunteers along the Deer Creek on Tuesday. Indiana State Police have not released a cause of death and do not plan to, but they are referring to this case as a double homicide investigation.

The man pictured was photographed on the Delphi Historic Trails on the day the teens disappeared. At this time, he is not considered a suspect. Police simply want to ask what he saw that day.

In a press release, state police ask anyone else parked at the Monon High Bridge Trailhead on Feb. 13, 2017, between 1:00 p.m. and 5:00 p.m. to contact them to aid in their gathering of information. 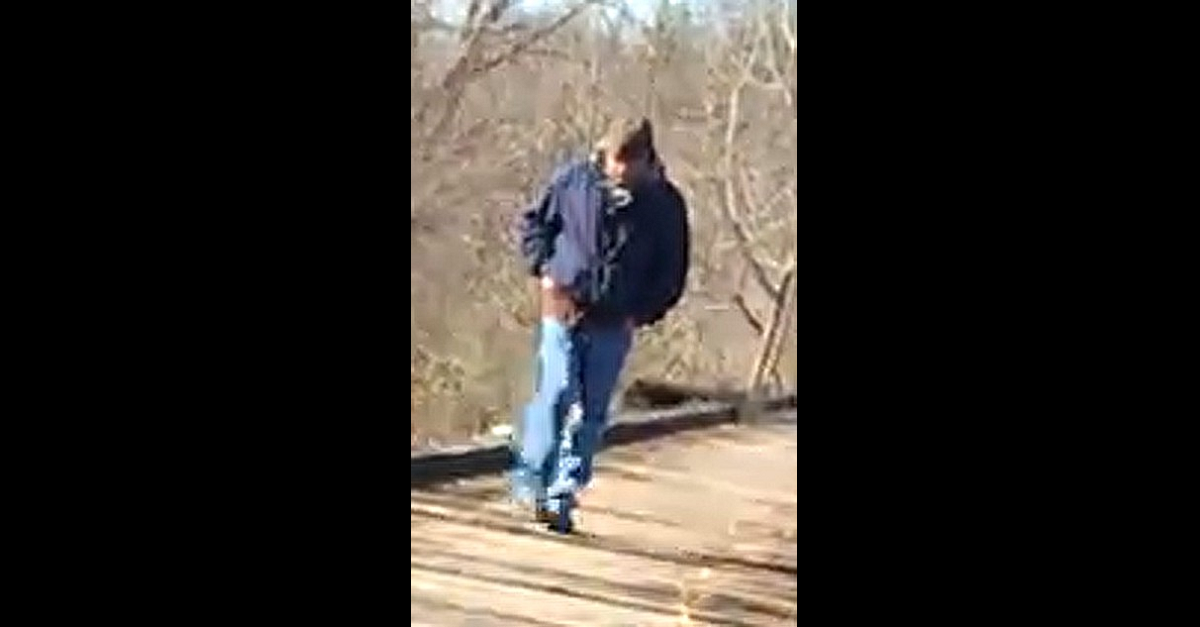