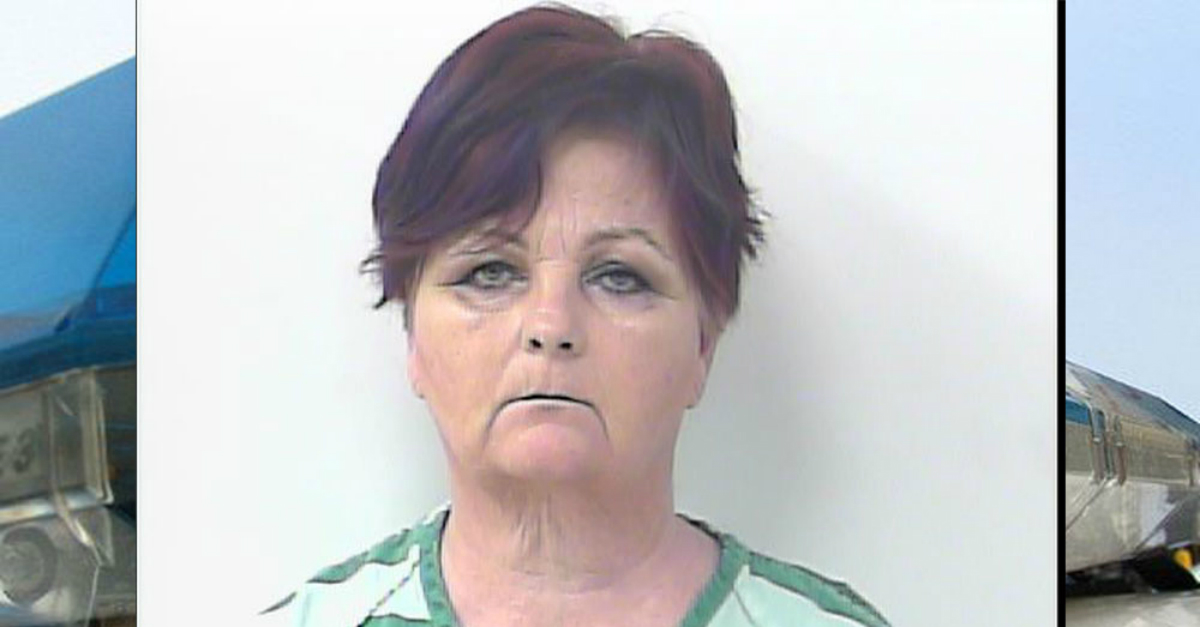 A Port St. Lucie, Florida woman was arrested after police said she organized a fistfight between her 15-year-old daughter and a 16-year-old girl because the two were arguing over unwanted text messages being sent from the latter to the former.

For her role as the Don King of Florida teenage girl fights, Heather Salerno, 52, was hit with charges of child abuse, contributing to the delinquency of a minor, and disorderly conduct.

Salerno explained to police that there was tension between her daughter and a classmate who had been sending her unwanted text messages. Police attempted to intervene by leaving a message for the other girl to stop with the texts.

Officers checked in later to see if the situation had resolved itself but Salerno willingly told officers that their intervention did not work so she had to take matters into her own hands — by setting up a fight between her daughter and the other girl at Sportsman?s Park.

Salerno even showed them a video of the fight, because in Florida this is basically the same thing as showing off pictures of your new baby. Officers said Salerno was seen on the video witnessing and encouraging the fight between the two girls.

1.  You have to wonder if, at any point, it crossed this lady’s mind that setting up a fight between two teenagers is weird, right? The only way it’s even only kind of a little weird but understandable is if both of the teenagers are, like, boxers or something and a gym owner sets it up because they see them beefing. Even then, it’s bizarre.

2. Does no one in Florida know how to block a phone number?

4. What if her daughter lost? What lesson is learned at that point? Life sucks and you can’t do anything about people bothering you and if you try you’ll be both embarrassed and put in physical pain for your efforts?

This story was originally published April 8, 2016.

Watch: College Student Ate Ex-Girlfriend?s Fish, Then Sent a Pic of His Poop and Said, ?Found Your Fish?