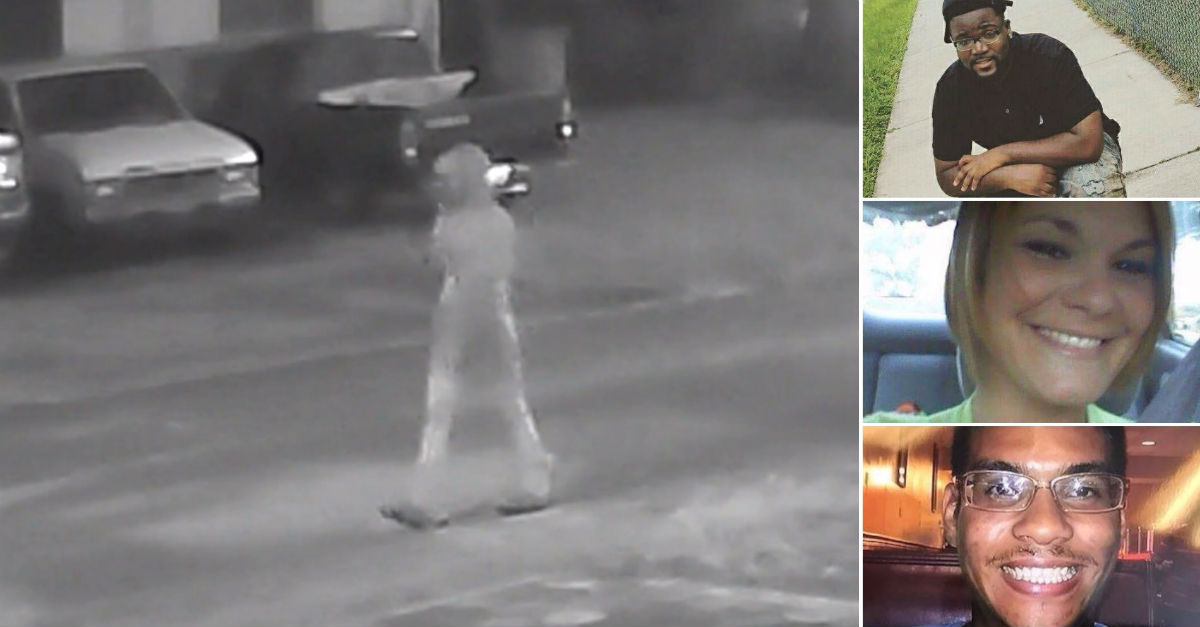 A Florida police department released footage to aid in the search of a potential serial killer.

After three Tampa residents were murdered in the Seminole Heights neighborhood over the span of 10 days, the Tampa Police Department shared videos of an unidentified individual wearing a hoodie while walking and running in an area around the same time one of the victims, Benjamin Mitchell, was shot and killed. The department noted that the individual in the videos is not a suspect but is potentially a key witness in the investigation.

The first murder occurred on Oct. 9, when a Benjamin Mitchell, 22, was shot at a bus stop. Four days later, 32-year-old Monica Hoffa was found, dead in a parking lot, and on Oct. 19, Anthony Naiboa, 20, was shot and killed while walking down the street.

Mayor Bob Buckhorn told police in a press conference to “Bring his head to me.” Buckhorn bluntly promised to “hunt this son of a bitch down until we catch him.” Both Buckhorn and interim Police Chief Brian Dugan announced a Halloween celebration at a local park with heavy police presence for parents thinking of canceling their trick-or-treating plans this year. Beyond the festivities, residents are encouraged to not walk alone, especially at night.

The department is offering $35,000 as a reward. Tips can be sent to Crime Stoppers of Tampa Bay, Inc.