A Florida mom faces charges for marijuana possession and contributing to the delinquency of a child after she attempted to stash her marijuana and paraphernalia on her 11-year-old daughter.

RELATED: A woman is in jail after allegedly leaving her baby in a steaming car, forcing police to smash in her window

Stacy Spinella was originally stopped for speeding in Golden Gate Estates in Collier County, Fla., on Wednesday, June 28, but the traffic stop quickly turned when police noticed her “trying to move things around in the car” before stepping out of the vehicle, reports Fox 4.

That, coupled with the alleged scent of marijuana, made police suspicious. And Spinella’s daughter refused to get out of the car when she was first asked, which further concerned police.

But she eventually cooperated, and when police searched the 11 -ear-old, they allegedly found a pipe and a sack of marijuana.

Neighbors interviewed by Fox 4 weren’t pleased; with speeding and children in the neighborhood, the street has enough to deal with.

“If someone is drinking and driving, or if they are high on marijuana while driving, it would concern me that they would slip up,” said Dana Woodall, a neighbor who lives in the area of 25th Street Southwest, where Spinella’s traffic stop and arrest occurred 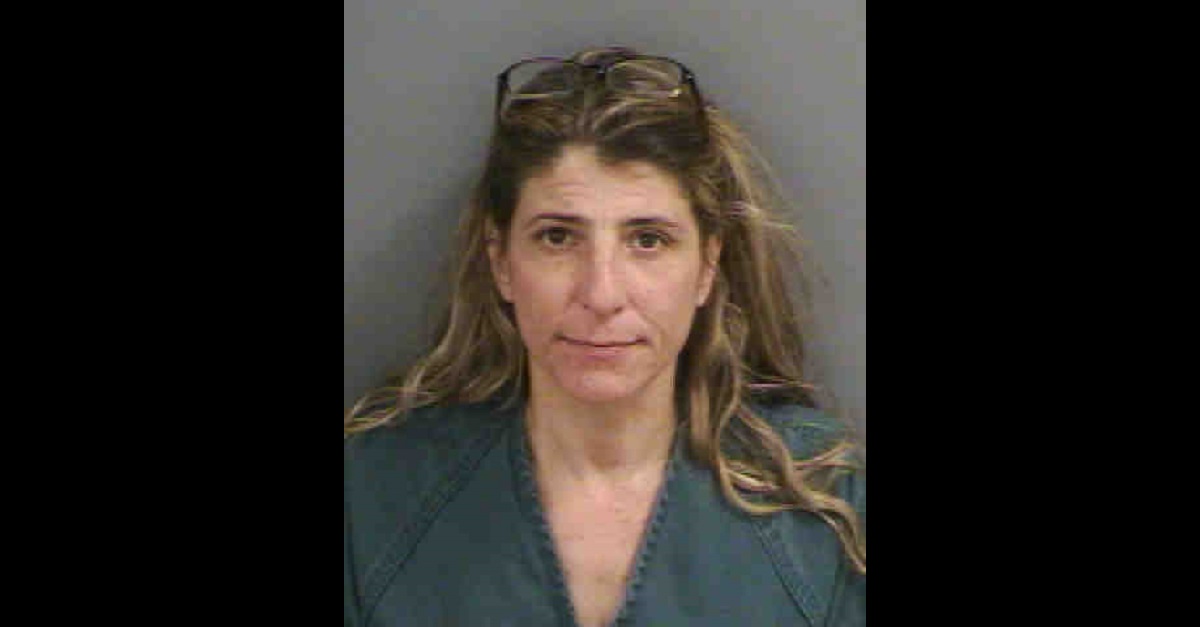