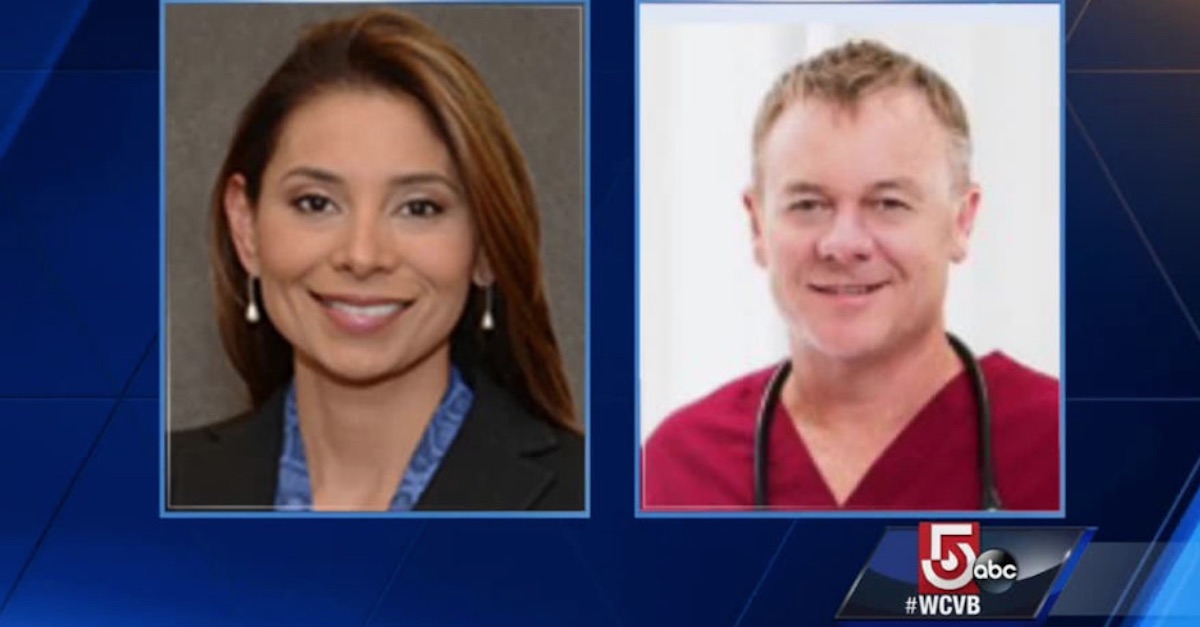 He’d just finished a nine-month sentence for bank robbery in April. But Friday night, Bampumin Teixeira, 30, allegedly went to the apartment of Dr. Richard Field and Dr. Lina Bolanos and murdered them in a brutal double homicide. Both were anesthesiologists who practiced in the Boston area.

Field’s last words may have been a text message to a friend, a plea for help in response to an “armed man” in their unit.

He and Bolanos were engaged to be married.

RELATED: A Georgia teen and her boyfriend horrifically murdered her grandparents and may have invited people over, police say

Police say Teixeira, a former security guard, tied together his victims’ hands, slashed their throats and sprayed the walls of their South Boston penthouse with their blood. One law enforcement official, who spoke anonymously because police were told not to talk to media, told the Boston Globe that a message was written in blood on the wall and photos of Field and Bolanos together had been cut up.

As of yesterday, the Boston Globe reports that charges were still being compiled against him. Fox News writes that an arraignment has been set for Monday, May 8.

Teixeira has two prior convictions for bank robbery, one in 2014 and one in 2016. He was carrying a three-month suspended sentence for the crimes when he murdered Field and Bolanos.

An ex-girlfriend of the alleged killer says he contacted her on April 22 in a phone call she called “strange.” But she also said the crime stunned her, as she knew Teixeira to be gentle and trusted him with her 9-year-old son and keys to her apartment. She never saw him smoke, drink or use drugs, she says.

Hauntingly, Teixeira told her in their last conversation that he “did not have long to live,” according to the Boston Globe. He insisted he was not suicidal but welcomed her offer of prayer, adding, “Yeah, I need prayer.”