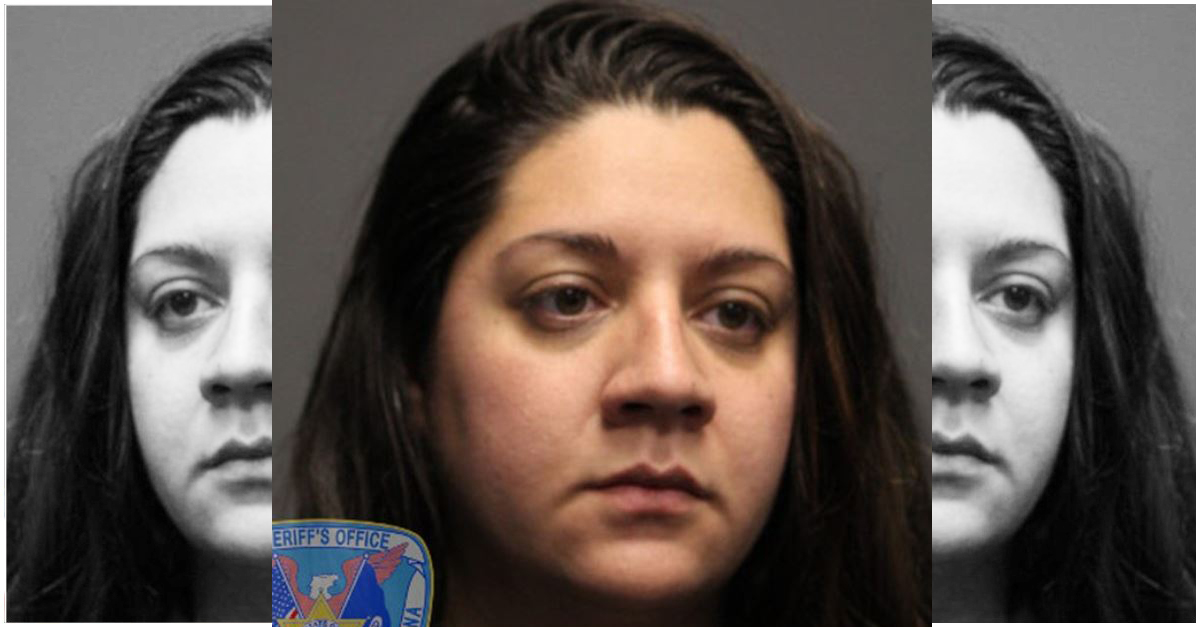 In a tale as old as time (or at least as old as Snapchat), another teacher has been arrested after police said she sent naked photos of herself to a student. This time, it’s 30-year-old Viridiana Ramos of L.W. Ruppel Academy for Advanced Studies in Gretna, La.

She was arrested and booked a few weeks ago, but information about the charges against her only became public on Thursday when a district spokeswoman confirmed to The Times-Picayune that Ramos had been suspended without pay and that an investigation was underway. A 13-year-old victim allegedly told investigators that the teacher connected with him on Snapchat in October, and that their conversation eventually turned flirtatious. Lt. Jason Rivarde of the Jefferson Parish Sheriff’s Office told The Times-Picayune, “At some point, she started sending him photographs of her breasts, buttocks and vagina.”

Rumors about Ramos’ alleged online behavior quickly hit the gossip pipeline in the school hallways, and on Nov. 17, the principal called the alleged victim into his office, where the young boy reportedly spilled the beans — later that day, Ramos was arrested. The Jefferson Parish School System’s spokeswoman told The New Orleans Advocate that Ramos is a band teacher at five schools in the district, including three elementary schools, though she added, “There is no indication that anything happened at any of the other schools. The investigation is centered on the allegation at Ruppel Academy, but we are conducting an investigation and working with all schools where she taught.” Ramos has worked in the district since 2010.

She was charged with indecent behavior with a juvenile, and the judge ordered Ramos not to have contact with the alleged victim and placed a restraining order on her, barring her from working at any of the schools in the district.

RELATED: Teacher arrested after she reportedly got stoned and naked with a student after some Chick-fil-A

In most states, there are laws that specifically apply to teachers who have illicit relationships with students, but it seems that Ramos’ alleged relationship with the victim never involved anything physical. The “indecent behavior with a juvenile” charge specifically pertains to “the transmission, delivery or utterance of any textual, visual, written or oral communication depicting lewd or lascivious conduct, text, words or images to any person reasonably believed to be under the age of seventeen and reasonably believed to be at least two years younger than the offender.” The maximum prison sentence that Ramos could see if convicted is seven years.

Though Ramos is not accused of having sex with her victim, she’s not the first educator to allegedly a student naughty photos of herself via Snapchat. In late October, we reported on 26-year-old Allison Moran, of Michigan,, who allegedly sent naked photos to a student before bringing him over to her house for intercourse. In September, a judge in Milwaukee, Wis., sentenced 25-year-old Katherine Gonzalez to five years in prison after her Snapchat relationship with a student led to a very inappropriate evening.