Slain KKK Imperial Wizard was murdered by those closest to him, say police 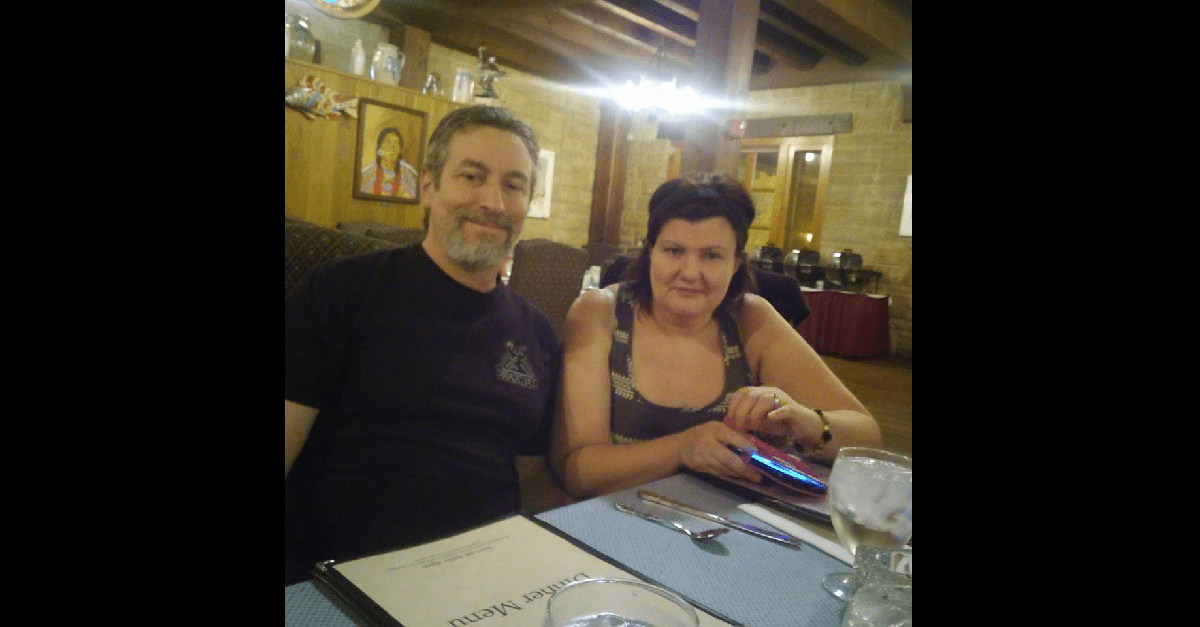 Malissa Ancona, 44, and son Paul Jinkerson Jr., 24, have been charged in the murder and attempted cover-up of the murder of Frank Ancona, 51, whose body was found Saturday by a family on a fishing trip.

Malissa Ancona reported him missing on Thursday. She told police that he’d left to deliver a part on the other side of Missouri. That wasn’t unusual ? it was how Frank made a living. The day he left, Malissa Ancona posted a Facebook status seeking a roommate for Frank, who she said would be moving out and filing for a divorce once he returned from his business trip.

RELATED: A KKK Imperial Wizard disappeared in Missouri and was later found dead of a single gunshot to the head

That status has been deleted, but Malissa Ancona’s Facebook page still has a Feb. 10 status that reads, “My husband is missing do please if anyone sees anything call the police.”

Police contacted his employer on Friday, however, and got a different story. The employer told police they’d sent Ancona on no such errand, and that he had not come into work on Thursday or Friday. `

On Friday, a Forest Service employee found Frank Ancona’s car abandoned on a fire road not far from the Ancona house. His body was found Saturday with a single gunshot wound to the head.

An autopsy confirmed that bullet had killed him. Police went to Malissa Ancona’s home to investigate and found that Frank Ancona’s safe was broken into, likely with a crowbar, and that all of his guns were missing except the weapon he carried daily.

Today, they revealed that they also recovered “extensive blood evidence” in the house’s master bedroom, according to law enforcement officials and the St. Louis Post-Dispatch. Under questioning, Ancona told police that her son had shot and killed Frank Ancona in his sleep. She confessed to cleaning up some of the blood and attempting to cover up the crime. St. Francois County Prosecutor Jarrod Mahurin said the car was “wiped down” with a cleaning agent, citing a chemical smell in the vehicle. A “burn pile” of clothing was nearby.

RELATED: Grandparents woke up to the horror of finding their grandson stabbed to death by his own father

Mahurin told members of the media that the killing “may have been a marital issue,” if Ancona was seeking a divorce, as Malissa Ancona said. He said Jinkerson, Malissa Ancona’s son, did not live with the Anconas but stayed there occasionally. The relationship between Jinkerson and Frank Ancona was not unusual or strained, according to Mahurin. The two suspects are being held without bail and may be arraigned as early as Tuesday.

Both Malissa Ancona and Paul Jinkerson have been charged with murder in the first degree, armed criminal action, tampering with evidence and abandonment of a corpse.