He thinks using pepper spray was justified, but he’ll be behind bars until a jury decides 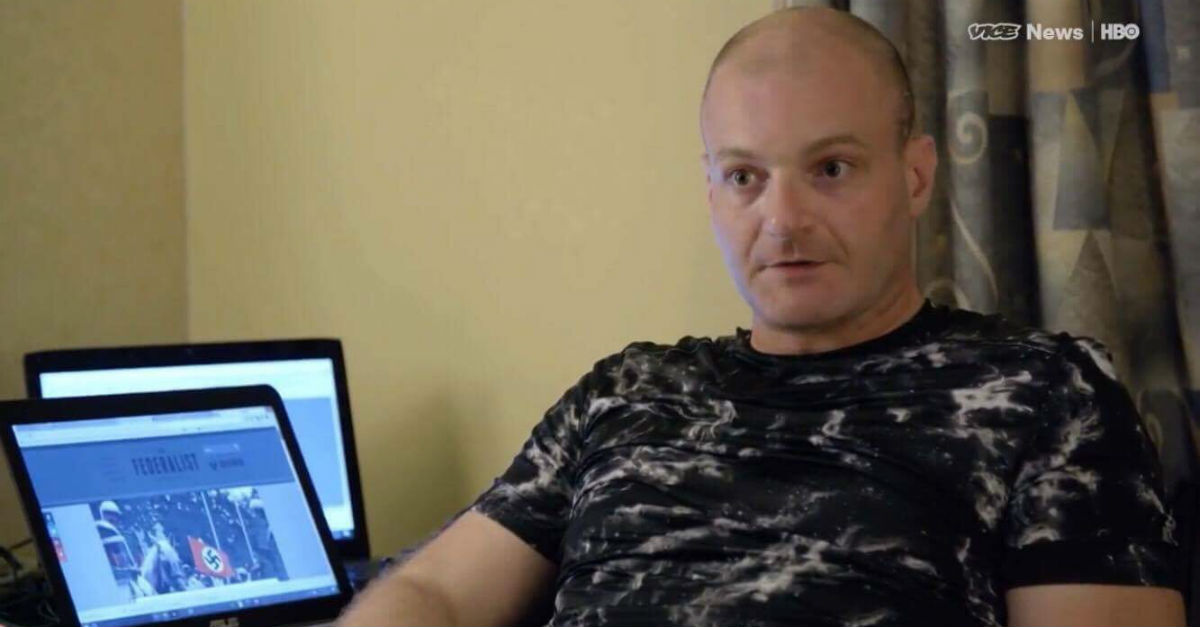 White nationalist Christoper Cantwell was denied bail Thursday after turning himself in to Virginia authorities on felony warrants.

Cantwell was denied bond in Albemarle County General District Court, senior law enforcement officials in Charlottesville told CNN. He appeared in court via video conference from the Albemarle County Regional Jail after surrendering to police in Lynchburg, Va. and is charged with two counts of illegal use of tear gas and other gases and one count of malicious bodily injury with a caustic substance. All the charges are felonies.
A preliminary hearing is set for October 12.

Cantwell, who is a New Hampshire resident, admitted to pepper-spraying a counter-protester at a white nationalist rally in Charlottesville, Va. earlier this month. He maintained that he pepper-sprayed the counter-protester in self-defense and believed the “only other option was knocking out his teeth.”

RELATED: A Catholic priest admits that he was previously a member of the Ku Klux Klan

Cantwell appeared in a VICE News documentary about the events in Charlottesville, which directly contributed to the death of a counter-protester. He was listed as a speaker at the rally alongside prominent white nationalist Richard Spencer.

Only a few hours after attending the rally, Cantwell posted a video of himself crying over news of the felony warrants for his arrest.