Five middle school students face charges after at least one of them threw a piece of a 2×4 at the Presidential Motorcade as it traveled to Mar-a-Lago, says the Palm Beach County Sheriffs Office and the Secret Service. One student confessed to throwing the wood block and named four others in the crime.

We have ID'd Juveniles who threw a 2 x 4 at Presidential Motorcade.
A juvenile from a local middle school confessed to throwing the 2 x 4. pic.twitter.com/798MdQRukJ

The motorcade was traveling along Southern Boulevard when it was hit. Both supporters and protesters lined the motorcade route that day, according to CNN.

RELATED: A bicyclist tried riding through President Obama’s motorcade and what police did next wasn’t pretty

No one was hurt; it’s not clear which car was hit by the object(s). The Palm Beach County Sheriff also recovered a baseball-sized rock from the scene.

Once they’d delivered Trump to Mar-a-Lago, Secret Service swarmed businesses on Southern Boulevard to watch and download surveillance camera footage. WPTV spoke to Alex Fernandez, owner of West Palm Gas on Southern Boulevard. He says he already shuts down two pumps closest to the street when the motorcade comes by, but the number of people who come by to support (or protest) Donald Trump makes him uneasy.

The Secret Service is leading the investigation, with assistance from the Palm Beach County Sheriff’s Office. 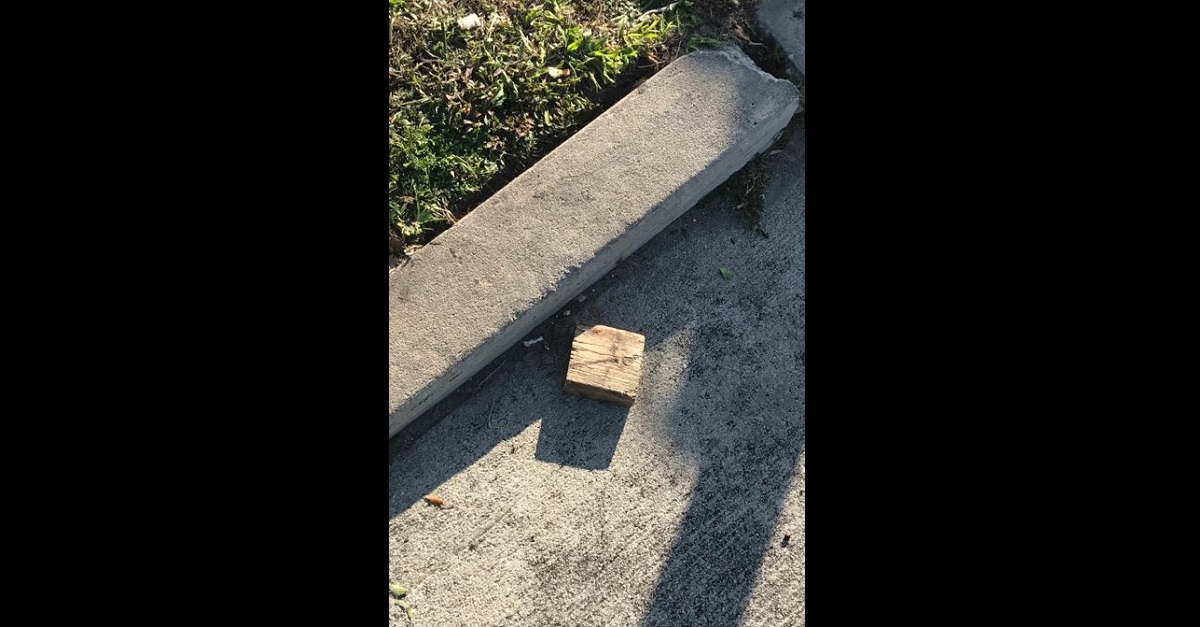