A teacher at an exclusive private school pleaded not guilty to charges that she had sex with a student.

Aimee Palmitessa was arrested last month on charges that she had sex multiple times with a student at the Brentwood School in Los Angeles, California, where she teaches chemistry.

The 45-year-old pleaded not guilty to seven counts of unlawful sexual intercourse and two counts of sodomy and sexual penetration by a foreign object of a person under the age of 18, the Daily Mail reports. Brentwood lists a number of star alumni, including Adam Levine and Jonah Hill. A number of celebrity children also attend the school.

RELATED: A teacher allegedly assaulted a student who sat during the Pledge of Allegiance

In a statement, the principal, who is a minor celebrity in his own right, authoring books and appearing on a handful of nationally televised shows, said:

On Friday afternoon, the Los Angeles Police Department informed Brentwood School that Upper School teacher, Dr. Aimee Palmitessa, had been arrested on suspicion of inappropriate relations with a student and is expected to face charges. The LAPD did not share additional information with us, such as the nature of the inappropriate relationship or the identity of the minor student. We immediately placed Dr. Palmitessa on administrative leave.

She will appear in court again on Oct. 16 and could face over a decade in prison. Palmitessa is also facing charges of drug possession from a previous arrest. 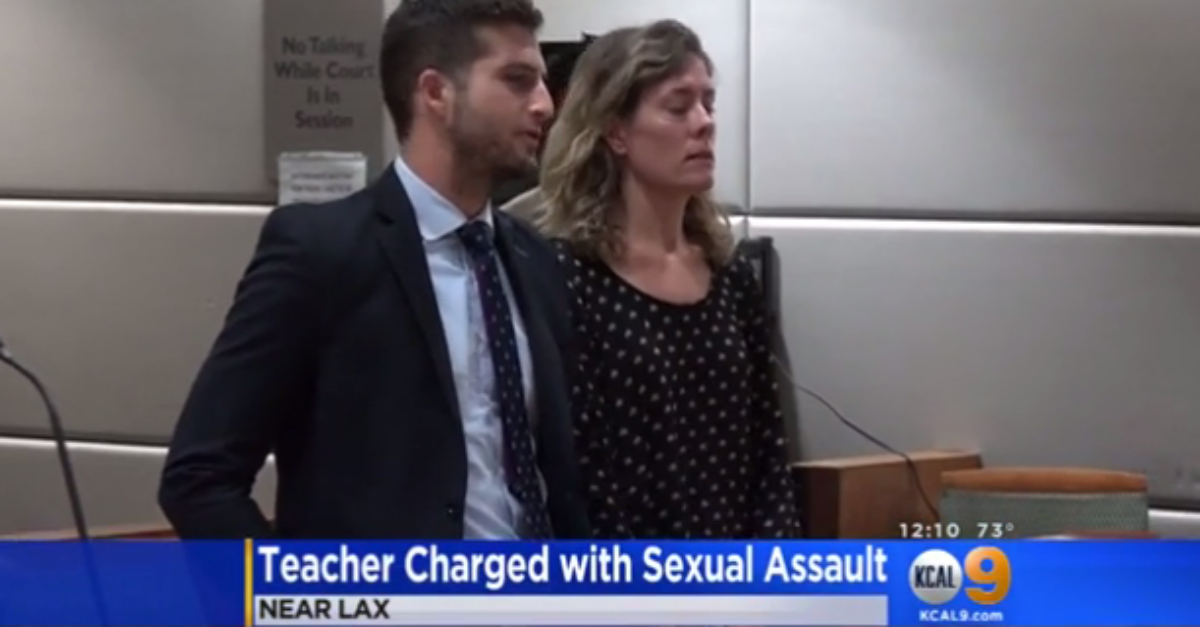