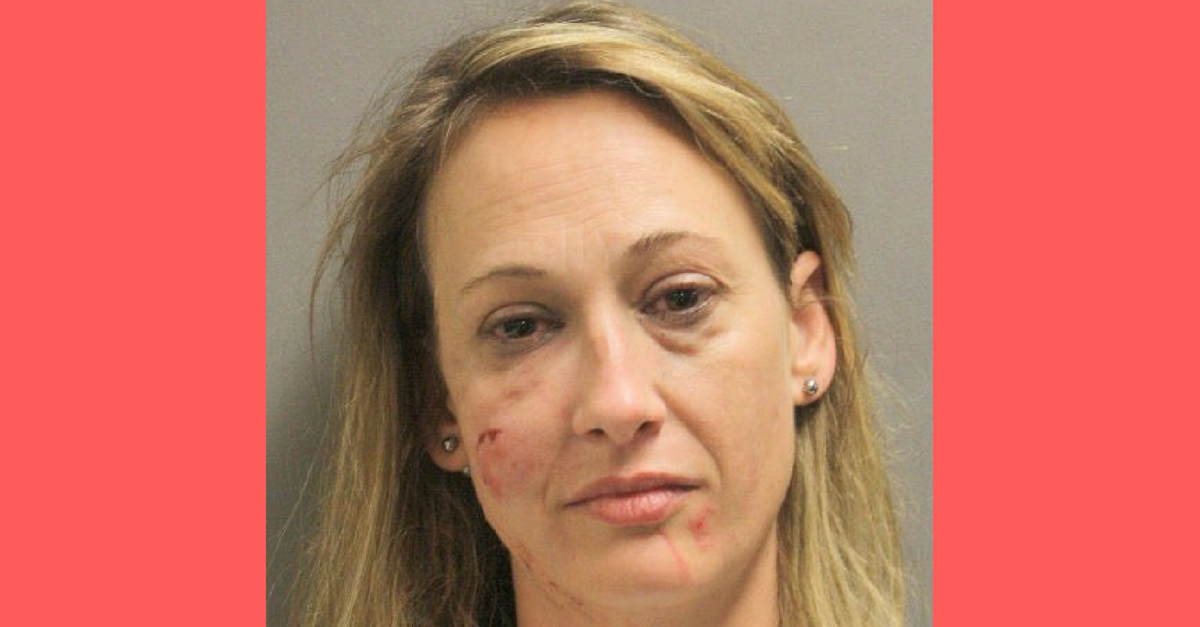 That’s what one Texas woman was (seriously, actually) screaming after another woman bit her nose off and then swallowed it during a drunken brawl over cigarettes and booze.

The incident occurred after what was, to that point, a normal night out — one that certainly seemed sure not to end in a spontaneous, rage-induced cannibal attack. The victim, whom the news is identifying as “Tatiana,” went out with her neighbor and a 41-year-old woman who was staying with the neighbor, named Jessica Collins. The night (obviously) took a turn, however, upon the group’s arrival back at their respective homes.

Once there, demanded booze and cigarettes from Tatiana. After Tatiana declined Collins’ demands she told Collins to leave her property.

Collins, then, apropos of meth or PCP or maybe just being insane, came at an unsuspecting-of-having-her-nose-bitten-off Tatiana like a tornado of teeth and fingernails, pulling her hair and wrestling her to the ground before Tatiana had a chance to react.

Tatiana believes she may have fought back a little, but she was so overwhelmed she said it was hard to recall.

In the midst of the struggle, Collins bit off a large chunk of Tatiana’s nose. Then she swallowed it.

Tatiana said she passed out multiple times after she was attacked and did not realize part of her nose was missing until she was in the ambulance. It was there that she screamed to her husband, over the phone, about how she had lost part of her nose, and that 28 was one of those ages that it was definitely unacceptable to not have a nose at.

Doctors later informed Tatiana that she was in need of “urgent plastic surgery” and that, after two weeks, rectifying the injury with plastic surgery will become much more complicated.

Unfortunately, Tatiana does not have health insurance. Her friends have started a GoFundMe page, which you can donate to here, to help her recover from this genuinely ludicrous attack.

Collins, meanwhile, has been charged with assault-bodily injury, and was released on bond on Monday.

Our condolences to Tatiana for her unfortunate luck of crossing paths with this white trash goblin. (You should seriously donate a couple bucks to her GoFundMe.)

And, because it’s relevant, here are some clips from the 1998 film Dirty Work.

This article was originally published on February 4, 2019.