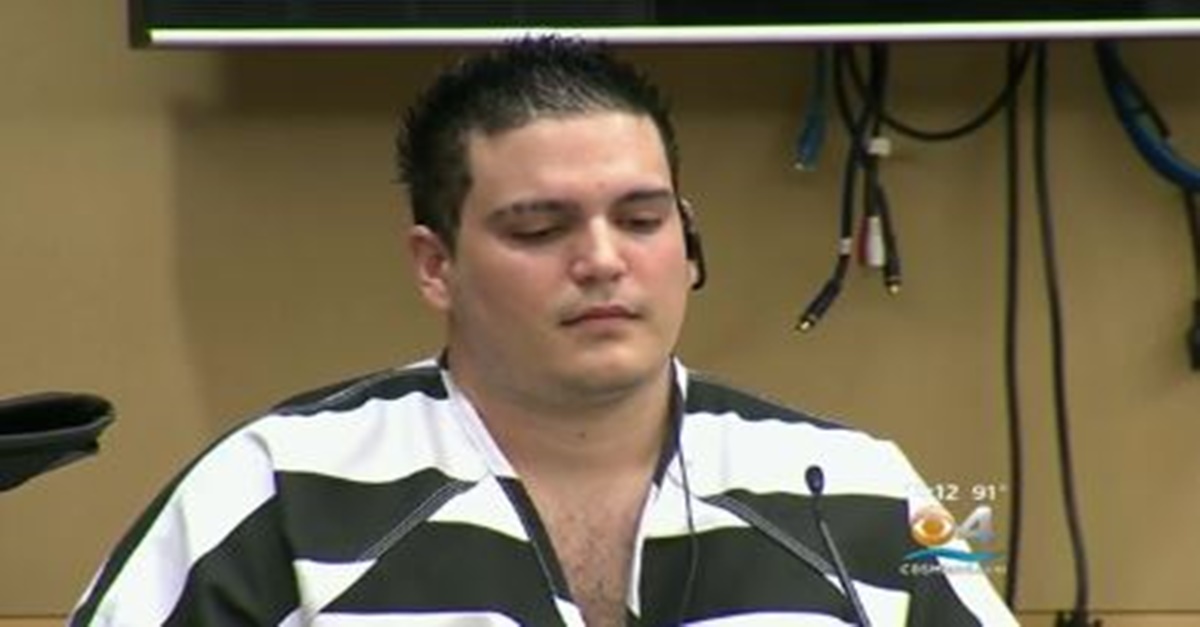 The South Florida man who became so enraged when his girlfriend yelled her ex-husband’s name during sex that he ripped out her intestines was sentenced to life in prison Thursday.

Fidel Lopez, 26, who pleaded guilty to brutally murdering his girlfriend, Maria Nemeth, 31, will not have a chance at parole. He admitted to police that he disemboweled her.

Lopez admitted to becoming a “monster” when the couple was having sex at her apartment in Sunrise, Florida. He told officers that he flew into a rage and broke things around Nemeth’s apartment before turning his violent rage on her. Nemeth had apparently passed out from drinking too much.

RELATED: The man who had plotted the rape of a real estate agent at a property had a type he was looking for

“She called me the name of the other f—–g guy,” Lopez told investigators after the September 2015 murder. “And, she said it twice, and she was wrong, and she was confusing me with him. At that point, I get mad. I get really, really mad.”

The “monster” showed remorse before his sentencing. Lopez apologized through a translator to the victim’s family.

“Today, I’m happy to fulfill this conviction… I know that what I did has to be paid and I agree… I will pay with my life for the life I took,” Lopez said. “To Maria’s family, I ask forgiveness.”

RELATED: Things just got a lot worse for the Texas teen who lied about being raped by three men

Through a translator, Nemeth’s father tried to express his love for his deceased daughter.

“If I had to summarize the life of Maria, it would be very difficult to express it in a few lines. I just want to tell you all that she was and will continue to be a model of affection, effort, perseverance and love of humanity.”

Lopez attacked the drunken woman by shoving objects up her vagina and anus, including his fist, ripping out some of her intestinal tissue. When he realized she had stopped breathing, he tried to resuscitate her by splashing water on her face, he told police. When she didn’t come to, he called the police.

Lopez was arrested on the spot. He initially tried to explain her gruesome injuries as a result of rough sex, but later, he admitted to what really happened.

Last month, he changed his plea from not guilty to guilty to escape the death penalty.