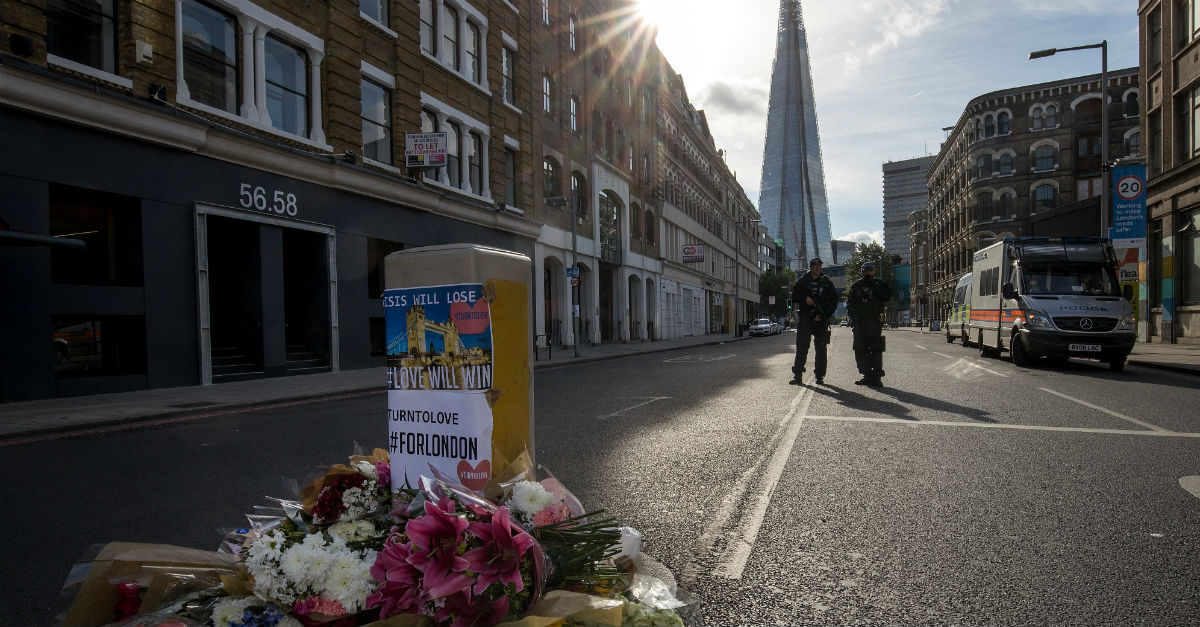 Christopher Furlong/Getty Images
LONDON, ENGLAND - JUNE 05: Armed police continue to guard the cordon around around Borough Market on June 5, 2017 in London, England. Police have made a number of arrests after saturdays's terrorist attack on London Bridge and at Borough Market where 7 people were killed and at least 48 injured. Three attackers were shot dead by armed police. (Photo by Christopher Furlong/Getty Images)

A terrorist attack was carried out in London, only weeks after another terrorist bombed an Ariana Grande concert in Machester. As more information about the motivation behind the attack is discovered, the man who radicalized the attackers might have been revealed.

And he already lives in the United States.

Ahmad Musa Jibril of Michigan is a well-known radical preacher who posts sermons on YouTube in support of Islamic terrorists, particularly those fighting in Syria, reports The Daily Caller.

RELATED: A van veered off the road on London Bridge and mowed down multiple people — here’s what we know

“He used to listen to a lot of Musa Jibril. I have heard some of this stuff, and it’s very radical. I am surprised this stuff is still on YouTube and is easily accessible,” said a friend of one of the terrorists involved. He told BBC that he contacted anti-terror officials out of concern for the videos his friend was watching on YouTube. In fact, one of the terrorists had been reported to authorities twice.

Though Jibril has technically been prohibited from posting on social media since 2015, his sermons are still shared online.

Jibril, who obtained a degree in Islamic law from Saudi Arabia, spent nearly seven years in prison for fraud.