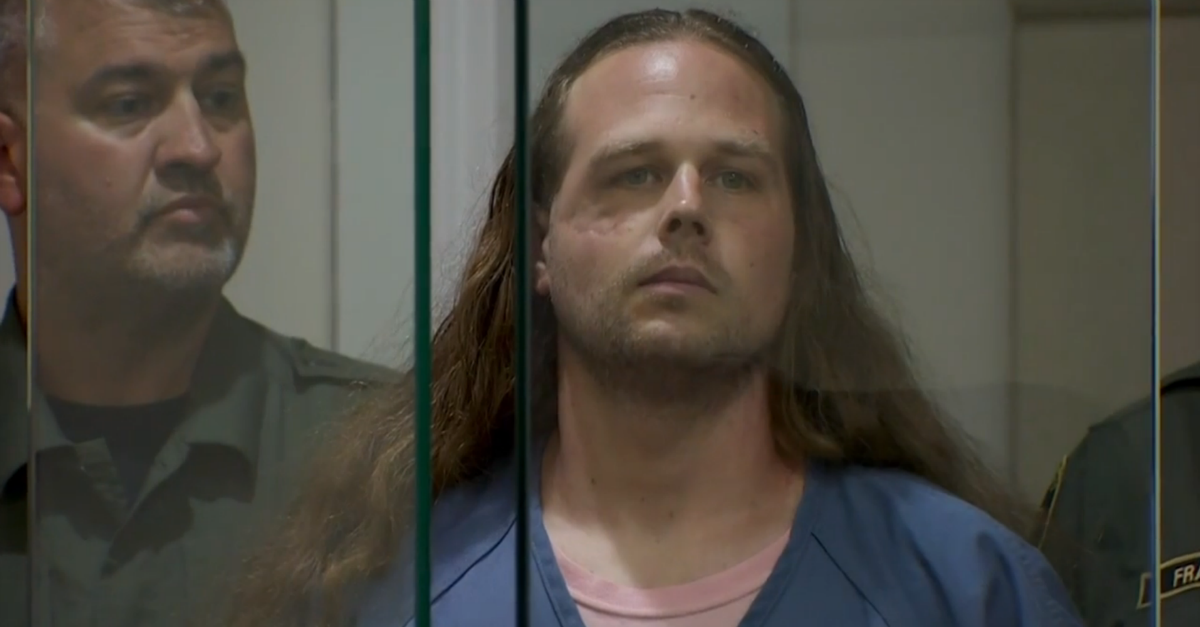 Jeremy Christian, who is suspected of murdering two men in Portland, appeared in court on Tuesday and did not retreat from the statements he originally made aboard a train last Friday. Upon boarding a light-rail train in the northwestern metropolis, Christian reportedly began hurling racial epithets at two young women, one of whom was wearing a hijab. When a group of men came to the girls’ defense, Christian allegedly attacked with a knife. One of the men, 53-year-old veteran Ricky Best, died on the train, while another young man, 23-year-old Taliesin Namkai-Meche, who had recently graduated from college, passed away at the hospital from his wounds.

RELATED: A bigot fatally stabbed two men in Portland after they tried to protect a young woman

Court papers state that in the patrol car, Christian confessed to the murders and said, “I can die a happy man,” the Associated Press reported. In court on Tuesday, two police officers escorted Christian into the courtroom and from behind a panel of glass, the suspect bellowed, “Free speech or die Portland! You’ve got no safe place.” The public defender, who was introducing the case to the judge, halted his introduction while the wild-haired murder suspect continued on his tirade. Over the rustle of shuffling papers, Christian declared, with his chest pushed out, “Death to the enemies of America. Leave this country if you hate our freedom.” Moments later, he bellowed, “You call it terrorism, I call it patriotism.”

Christian has a well-documented history of harboring beliefs most closely aligned with white supremacists. At a “free speech” march in Portland, he draped himself in an American flag and made a series of derogatory remarks. Salon reported that on the 35-year-old’s Facebook page, he expressed support for Jill Stein and Bernie Sanders, while at another point he compared Trump to Hitler and wrote, “I am joining his SS.”

RELATED: A police officer and seven others are dead after a Mississippi murder spree

Oregon is a capital punishment state, having reinstated the practice in 1984 and hosted their its execution in Salem in 1996. According to Time, Christian did not enter a plea, and he will appear again in court on June 7.