For the past week, the nation has been captivated by the search for four missing young men in Pennsylvania. Mark Sturgis, 22, Thomas Meo, 21, Dean Finocchiaro, 19, and Jimi Tar Patrick, 19, all went missing in the past 10 days. Patrick was the first to disappear on July 5, and the others disappeared as recently as July 7. On Wednesday, police cadaver dogs found human remains in a farm belonging to the parents of Cosmo DiNardo, who has been named as a “person of interest” in the case.

According to CNN, the remains were identified as belonging to Finocchiaro. DiNardo was arrested on Monday on a firearm charge. The 20-year-old has a history of mental illness and is not allowed to own the shotgun that he was carrying. Police and the FBI searched the 90-acre property for days before discovering the remains.

RELATED: “Incredibly hot” leads in the case of four missing men have led Pennsylvania police to a field and a person of interest

Meo went missing on the evening of July 7, and police found his car near the DiNardo residence. Police data from a license plate reader shows that Meo and DiNardo’s cars were on the same road only seconds apart on the night of July 7. DiNardo reportedly tried to sell Meo’s car to a friend for $500 a few days later. There were multiple remains in the 12-foot-deep grave where Finocchiaro was found, but police have not identified who those may belong to.

Dinardo posted $100,000 of his $10 million bail on Tuesday but was arrested again on Wednesday on stolen property charges, and bail was set at $5 million. 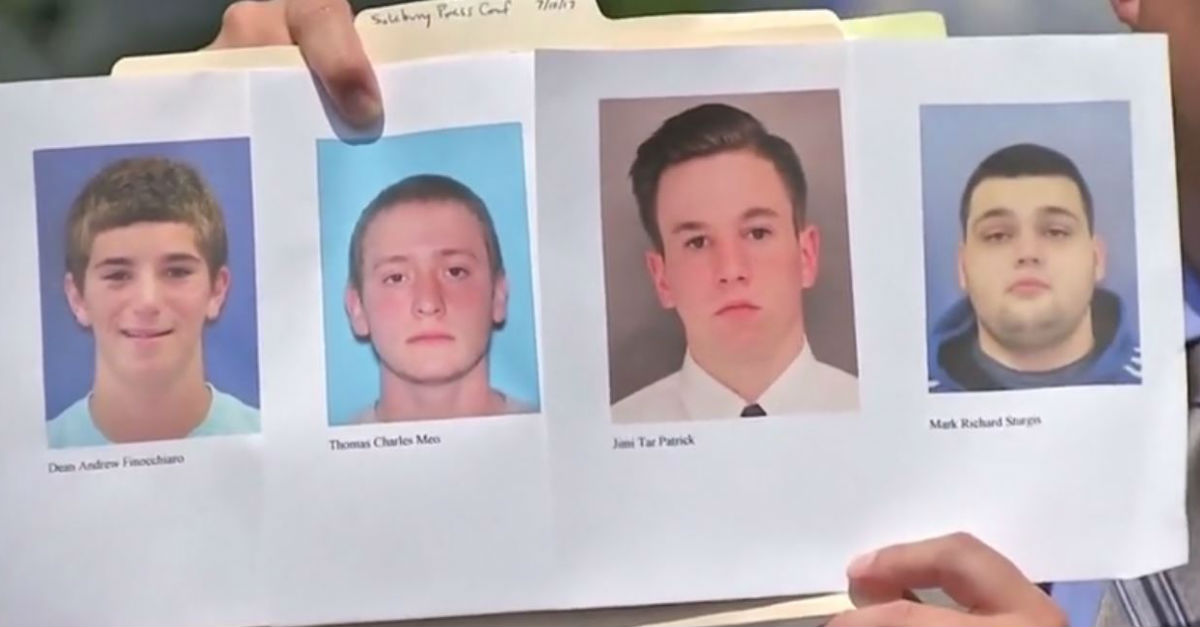