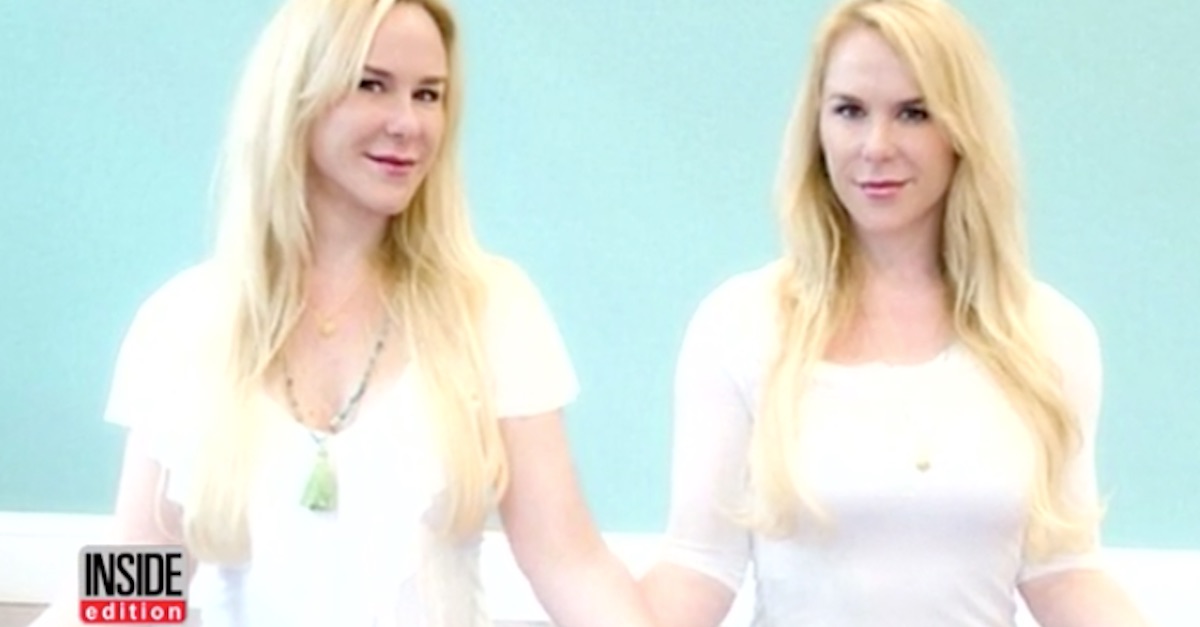 Alexandria Duval, 39, the yoga instructor accused of killing her twin sister Anastasia Duval when their SUV plunged 200 feet off Maui’s twisty, curvy Hana Highway in 2016, has started her trial.

Alexandria was driving the vehicle and is accused of deliberately taking it over the cliff. She has pleaded not guilty to second-degree murder charges in the death of her sister, who was in the passenger seat. Alexandria’s defense as the trial opened Monday is that the crash was a terrible accident, the Daily Mail reports.

One witness, Maui resident Chad Smith, testified that he saw the twins arguing as they passed him on the narrow highway, echoing earlier reports that described the sisters’ relationship as close but volatile. Smith was on his way to church when he saw the sisters. He said he couldn’t hear anything they were saying but noted that they looked angry, and he said he had to swerve to avoid a collision with their SUV.

An autopsy reportedly found “long, loose blond hairs” on each of Anastasia’s hands. A judge later found no probable cause for a murder charge and ordered Alexandria to be released.

A few months later, while traveling to upstate New York, Alexandria was arrested in Albany after being indicted by a grand jury.

She has chosen to have a judge decide her fate, rather than a jury. The judge is expected to reach a decision this week.

The sisters’ back story is certainly an interesting one. They were born Alison and Ann Dadow in Utica, New York, and went on to operate popular yoga studios together in Florida.

RELATED: Friends close to the woman accused of murdering her twin sister weigh in on the sisters’ complicated relationship.

They lived in Utah for a time, where they changed their names to Alexandria and Anastasia Duval,  and later headed to Hawaii in 2015.

As for the sisters’ relationship, a former boyfriend of Anastasia’s, Keith Weiss, spoke out after her death, saying that the twins had fights all the time. A trained chef from Florida, Weiss told PEOPLE that he was in a six-month romance with Anastasia a decade ago.

He said that his ex-girlfriend and her sister had a contentious relationship.

“There was just so much drama. I remember this one time, the three of us were at the mall, and Anastasia smacked Alexandria in the back of the head. They raged,” Weiss said.

He even noted that the sisters would go back and forth, “pulling hair, pinching each other.”