An Indiana couple got a vacation surprise when they discovered a hidden camera in their Florida Airbnb.

Wayne Natt, 56, was arrested and charged with one count of video voyeurism after Derek Starnes and his wife discovered a hidden camera recording them. The Starnes used Airbnb to rent Natt’s condo on Longboat Key. The husband revealed that he worked in tech and noticed an odd black hole in a smoke detector that was actually a camera.

“Who knows what it’s being used for, so it’s very concerning,” said Longboat Key Police Lt. Robert Bourque. An SD card was analyzed in the investigation, he said, leading to the discovery of other victims.

RELATED: A sex offender made a seriously poor costuming decision that landed him in jail

Natt argued he recorded his guests with their consent, Borque told reporters. When asked why he kept the cameras hidden, he said that it was to get “a better angle,” according to police.

Airbnb is cooperating with the investigation and company spokesman Benjamin Breit released a statement a local television station:

We are outraged at the reports of what happened; as soon as we were made aware, we permanently banned this individual from our community and fully supported the affected guests. Our team has reached out to local law enforcement to aid them with their investigation of this egregious offense and we hope justice is served. We take privacy issues extremely seriously and have a zero-tolerance policy against this behavior. 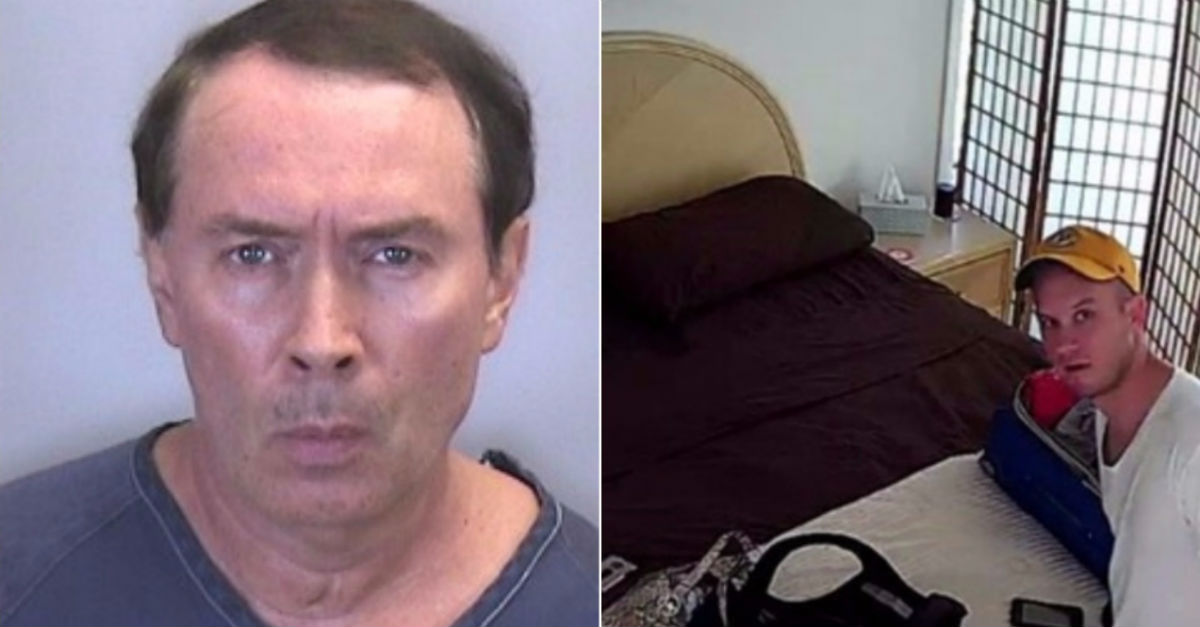