This teacher was arrested for sending his naked photos to a 14-year-old, but it gets a lot worse 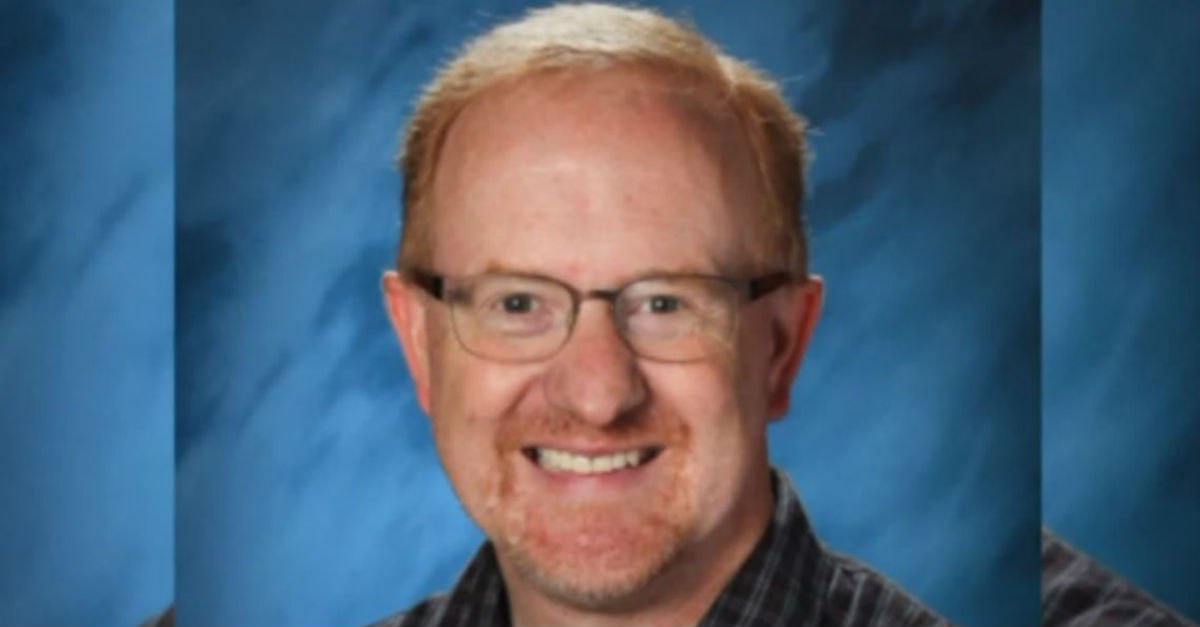 Timothy Brennan, who taught science at Kentwood High School in Covington, Washington, is facing charges of communication with a minor for immoral purposes after police say he sent naked pictures of himself to a 14-year-old via Snapchat. Even more disturbing, the teacher sent the photos for almost two years.

The victim, who is now 17 but was a freshman when she began receiving the photos, told administrators about Brennan’s alleged behavior in November. She initially believed that the photos were coming from a classmate, but one photo clearly depicted an adult holding his penis. When she asked who the predator was, he said he couldn’t tell her because “because it would mess up his marriage and his job,” according to SeattlePI.

The victim repeatedly told the sender, now believed to be 45-year-old Brennan, to stop, but the photos continued. In some instances, the images were accompanied by sexually explicit messages.

After years of the disturbing messages, she saw Brennan at school in a jacket that she recognized from one of the photos. She confronted him about the images on Snapchat, and he told her that he had an office in his classroom where they could “have some fun.” Though Brennan was never her teacher, he reportedly sent her an email from his school email address inviting her to do work in his classroom. On two occasions, he also visited her place of work.

RELATED: After a teacher loaned his iPad to a student, the pupil found something worse than bad grades

Detectives were able to trace the Snapchat account to Brennan, though Snapchat images disappear after they are viewed.

Recently, we received and responded to allegations of inappropriate behavior made against one of our staff members…Per our policy dealing with student safety, the employee was immediately removed from service, halting any contact with students. Local law enforcement was then notified, and the school district has been cooperating fully with the police investigation.

At the time of this publication, Brennan is still listed on the school’s directory. He turned himself in to authorities on Jan. 4 and is being held on $150,000 bond.