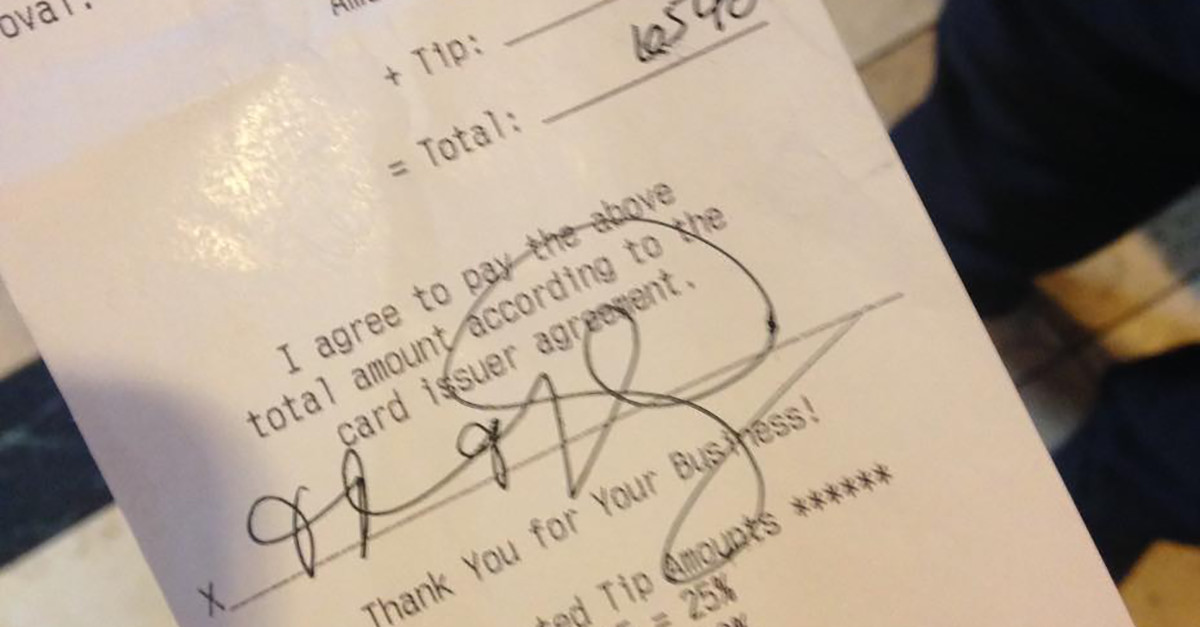 A young mother of three, Whitney Anderson, went out to eat with her husband. The next morning, Anderson found a discrepancy in her bank account. ?It was $45.50 and I tipped $10 even, made it $55.50,” Anderson shared on Facebook. Instead she was charged $65.50. Anderson could not figure out where the added $10 charge came from

“I called the manager and he said that’s what we wrote. I drove out there and demanded to see the receipt. So the waitress trashed my receipt (the merchant copy) and filled out the customer copy and forged a signature that doesn’t even look like my name” Anderson wrote.

Anderson did not even take the customer copy out of the booklet. As a waitress herself, Anderson was shocked by this theft. “I have been serving for 11 years now and so many people leave that blank copy of the receipt and it’s never crossed my mind to fill it out and forge their signature!”

The restaurant promised to return her $10 dollars within 10 business days.

For Anderson it was less about the $10 and more about the deceit. “I’m appalled that this place is not doing anything about it and allowing someone so dishonest to handle money and people’s credit cards,” Anderson writes, adding “who knows how long she’s been doing this to people that probably don’t check their bank accounts regularly.”