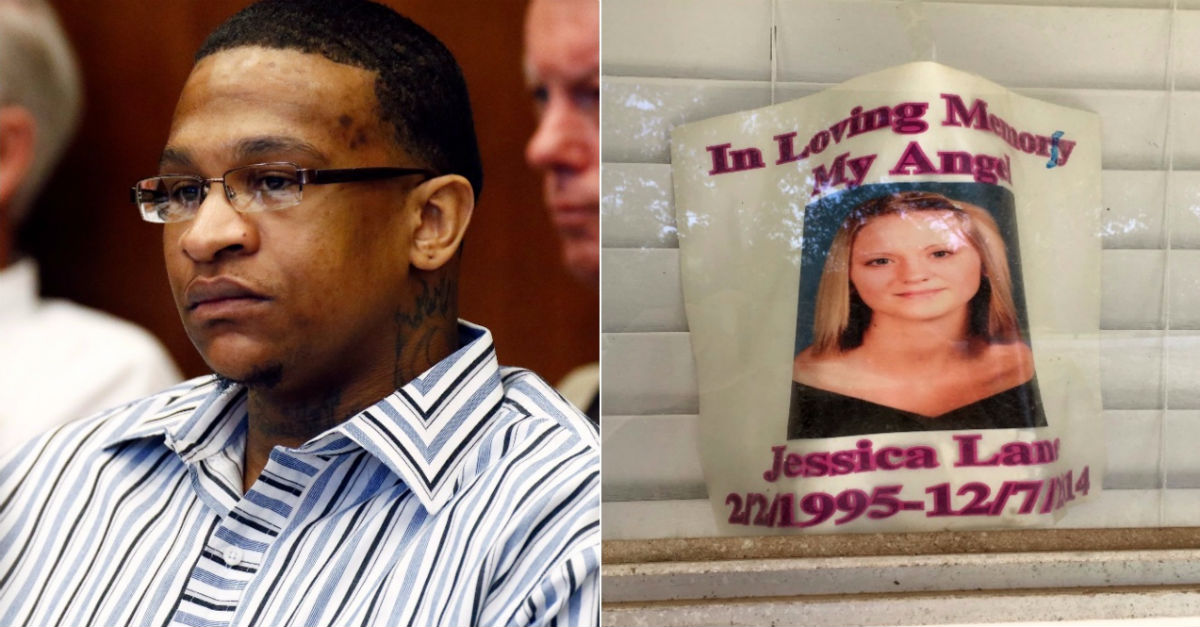 AP Photo/Rogelio V. Solis, AP Photo/Adrian Sainz
Quinton Tellis, 29, sits in a Batesville, Miss., courtroom, Tuesday, Oct. 10, 2017. The trial this week could shed some light on the mystery behind the gruesome death of a 19-year-old Mississippi woman who was set on fire and left to die beside her burning car. Tellis has pleaded not guilty to murder in the death of Jessica Chambers. (AP Photo/Rogelio V. Solis, Pool); A photo of Jessica Chambers, who was burned to death in December 2014, is taped to the window of her bedroom at her mother's home on Tuesday, Oct. 3, 2017, in Courtland, Miss. More than three years after her shocking death, Quinton Tellis is set to go on trial, charged with murder. Jury selection is to begin Monday, Oct. 9. He has pleaded not guilty. (AP Photo/Adrian Sainz)

The capital murder trial has begun for the Mississippi man accused of burning a teenager to death.

Quinton Verdell Tellis, 29, is accused of killing Jessica Chambers, 19, after setting a car on fire with the victim inside. Police discovered Chambers with burns covering 98 percent of her body. She later died in the hospital.

Chambers and her killer may have had sex in the car, according to the prosecutor’s opening arguments, with the killer torching the car after, believing she died when he suffocated her. There are conflicting reports over whether or not Chambers named her aggressor before she passed. At least eight first responders on the scene recalled her whispering “Eric” or “Derek.” Tellis has not admitted to killing the victim.

Tellis’ criminal history extends well beyond the alleged 2014 burning. In 2016, he was charged with the murder of a woman in Louisiana. Tells repeatedly stabbed Meing-Chen Hsiao, 34, to death before taking her credit card and using it to make unlawful purchases. Prior to the charge, he was convicted for two burglaries and fleeing conviction.

If convicted of the Chambers murder, Tellis would spend the rest of his life in prison.

RELATED: Father of missing newborn found in duffel bag charged with her murder