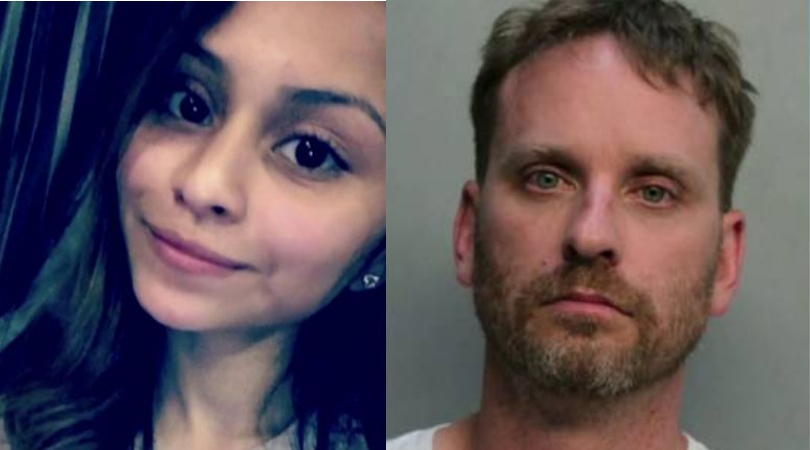 Florida, oh Florida, you have had some rough couple of weeks. To add-on to the horrible nightmares, a 44-year-old man has been arrested for killing his 21-year-old niece, who he was having an affair with. Yes, Stephen Myers has been charged with second-degree murder after he allegedly shot his wife’s niece who was her sister’s daughter. So technically, there was “no incest” in this situation, but still, this is pretty wild.

According to the arrest report, Myers followed 21-year-old Winnie Mendoza home and confronted her outside her driveway. He demanded to know where she had spent the night before and was so jealous, that he shot her several times as they argued. The pair had allegedly been having a secret sexual relationship for the last two years, despite Meyers being married to Mendoza’s aunt. Meyers left Mendoza lying in her driveway alone but later confessed his affair to his 34-year-old wife, Luisa Amanda Mendoza. Myers and his wife have two young sons.

Murder suspect Stephen Myers’ attorney Michael Mirer asked the judge to give his client a high bond, but the judge declined and gave him no bond. @MiamiDadePD says Myers shot and killed his wife’s 21-year-old niece, Winnie Mendoza, after a jealousy-fueled argument. pic.twitter.com/0ZkOrWCiG5

The Florida man drove off after he told his wife, but was later arrested by Miami-Dade Police Department, and confessed to the killing. He is being held without bail at Turner Guilford Correctional Center, but according to his attorney, he intends to plead not guilty. This despite police stated the man confessed to the shooting in a recorded conversation with authorities. Police also recovered a gun the was used to shoot Mendoza.

Mendoza’s family said she worked in a pharmacy near Publix supermarket and wanted to become a nurse. The 21-year-old was described as a sweet girl who dedicated her time to her family. The young woman was set to celebrate her 22nd birthday on August 25, 2019.

I can’t imagine how devastating it must have been to learn about the secret affair and to hear the full confession. It’s definitely one way to break a big family apart.

Editor’s note: This article was originally published on August 1, 2019.