In a recent episode of Dr. Phil, a victim of incestuous child abuse confronted her mother, who forced her daughter from the age of 11 to have sex with her and her husband.

In 1996, Justine and Jim were charged with sexual assault and exploitation of their then 13-year-old daughter, Amanda, and received 20 years in prison each after they both pleaded guilty. Speaking 20 years later, Amanda told her story and spoke with her mother face-to-face.

“My parents forced me to have sex with them,” Amanda said on the show before revealing that she was also forced to pose for sexual photos and that her parents videotaped the encounters with the intent of selling the footage. “My innocence was stolen from me.”

She disclosed that her parents gave her rewards in exchange for her silence (they threatened her to keep her from telling anyone the dark secret or seeking help), and that her mother coached her sexually, showing her how to “enjoy” sex. Following the abuse, family life would continue as usual: “Afterwards, it was a normal night, dessert, brush my teeth and bedtime.”

“In what parallel universe does a mother watch her daughter performing a sex act on her husband and her father?” Dr. Phil asked Justine on the show.

“If I could take it all back, I would. I hate myself for what I did,” Justine replied, insisting that the ordeal was her then-husband’s idea and that Jim forced her to “join in.”

RELATED: A teenage girl on “Dr. Phil” claims that she is nine months pregnant and “it is Jesus”

Jim, who claims Justine is lying and says she was a willing participant, will appear on the show today.

“It’s been 20 years since that nightmare ended, but it’s still hard to grasp the idea that they are out of prison,” Amanda said. 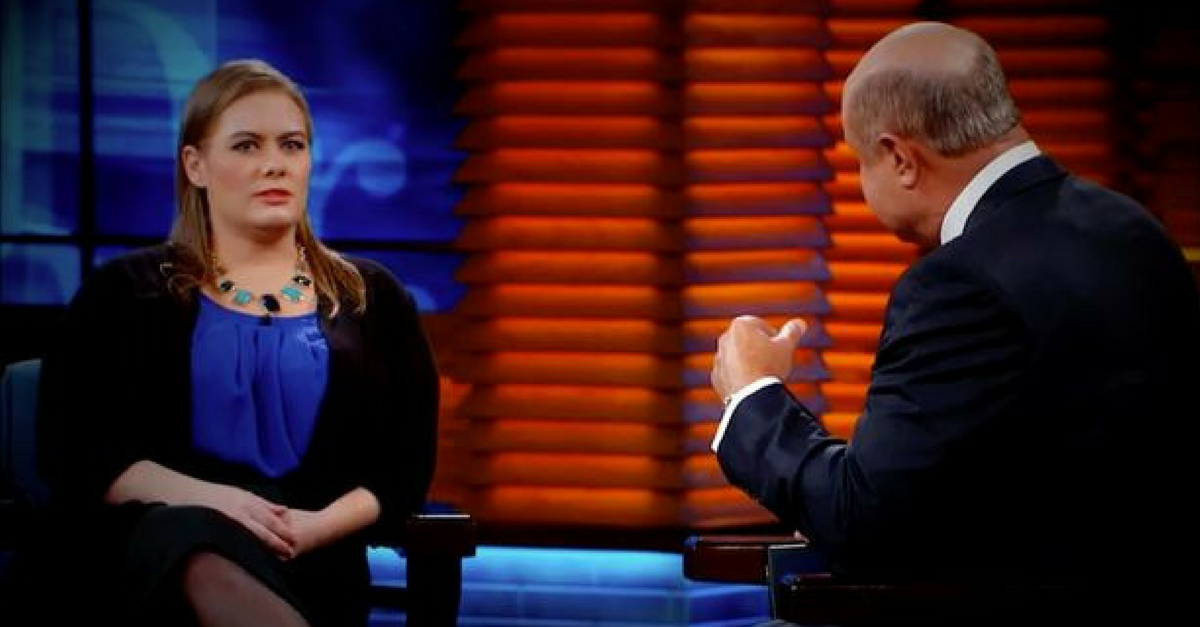