When his local bar gave him the boot, his “fiery” response ended in a trip to prison 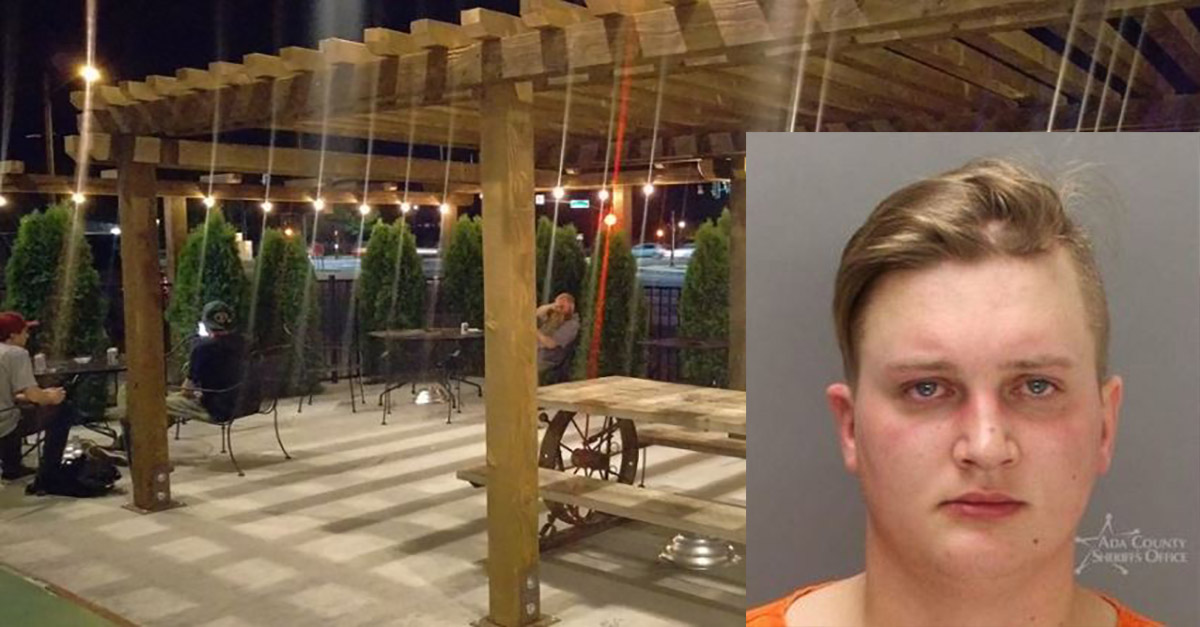 A lot of people found themselves upset to hear that it’s last call at the bar, but it’s extremely rare for anybody to react like 21-year-old Chase Christensen who allegedly set fire to his local watering hole after they closed.

Police say that Christensen and his friends were angry that the Boise, Idaho bar, the Fireside Inn, was closing and they went outside to the street. Moments later, witnesses say that they saw a fire in the bushes that surround the porch area but somebody was on hand with water and the flames were quickly extinguished, according to the Idaho Statesman.

The incident happened around 2 a.m. but Christensen wasn’t booked into the Ada County Jail until 6:40 a.m.

The fire reportedly damaged bushes, and a wooden post that connected to the patio. However, the Fireside Inn building was not harmed.

Investigators were called to the scene when another call came in about a possible prowler in the vicinity, KTVB reports. Soon after, they found Christensen nearby. According to the police report, “evidence gathered indicated Christensen to be the suspect in causing the fire.”

RELATED: It’s almost sad how quickly it took deputies to catch up with this suspected bank robber

Christensen is charged with third-degree arson. The Idaho state penal code defines the crime as setting fire “willfully and unlawfully…to any real or personal property of another or any forest land.” It’s punishable by up to ten years in prison or a maximum fine of $50,000; third-degree arson is the least serious arson charge.