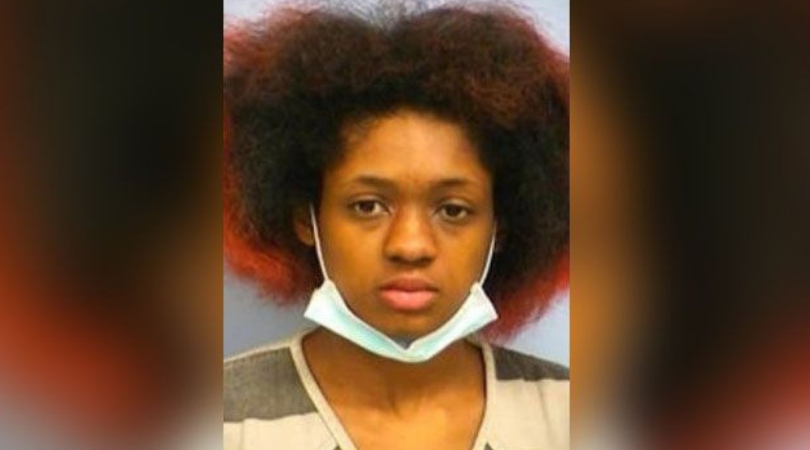 Ah, the wonderful world of Snapchat. It’s the place where you can post or send anything and everything because it’ll delete in 24 hours. Safe to say 20-year-old Autumn King from Austin, Texas certainly didn’t get the video footage she wanted, after she accidentally shot her boyfriend while she was pointing a rifle at him. According to Austin Police, the incident occurred at the couple’s home on December 23, 2018. Two small children were in the home at the time.

King, who is facing manslaughter charges and is being held on a $200,000 bond, said her boyfriend 26-year-old Eric Charles Allen, held her cell phone and was preparing to take the photo to post it online. King told officers she had the rifle pointed toward Allen and that it “accidentally” went off by itself. According to an affidavit, King said Allen dropped to the ground, but she thought he was just playing, and told him to get up.

She then explained how she “didn’t even pull” the trigger, and barely touched the loaded rifle. The reason behind the incident? According to investigators, she “was trying to be like Bonnie and Clyde.”

King said Allen told her his guns were unloaded. After an investigation, King’s phone was found at the scene and contained video of King and Allen 15 minutes before the 911 call was made. In the video, the two were arguing, saying they had both been cheating on each other. After an autopsy report, the medical examiner ruled the death as a homicide due to a gunshot wound. The 20-year-old was arrest on Monday, January 14, 2018.

Now, I am in no position to question what actually happened here and what didn’t, but I mean, arguing 15 minutes before she called 911? Girl, really? I don’t know about you, but that to me seems a little bit fishy. Think about it…cheating leads to arguing which leads to more yelling which if you’re as angry as King, can lead to, well you know, bang, bang.