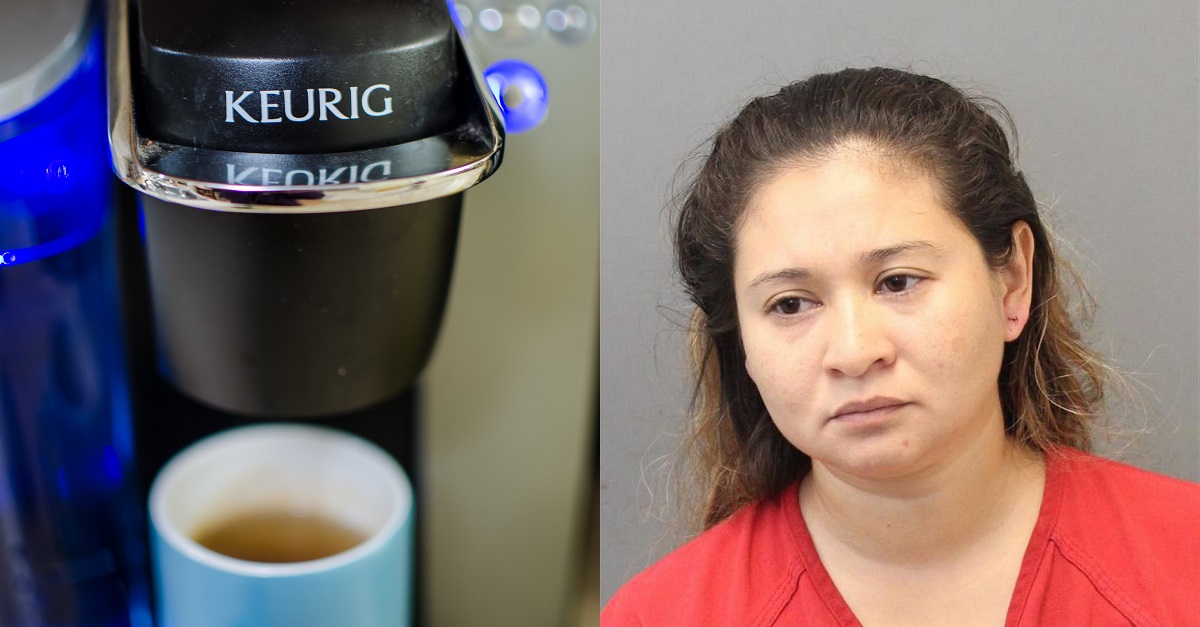 A Virginia woman who attempted to poison her boss and made her coworkers sick will see more than three years in prison, reports WTOP.

Mayda Edith Rivera-Juarez was arrested in 2016 after a supervisor determined that someone had poisoned the workplace’s coffee machine. Employees at JAS Forwarding Worldwide fell ill, suffering diarrhea and nausea.

Reviewing surveillance video revealed that Riviera-Juarez had poured Windex in the water tank of the coffee machine.

RELATED: When he was bit by a poisonous snake, one man tried to make sure his wife would die alongside him

She was initially charged with felony assault by Loudoun County police, who took statements from her coworkers after the incident last year. Once interviewed by detectives, she confessed to also adding Ajax dish soap to the coffee machine and directly into her supervisor’s coffee cup.

She was found guilty of adulteration of food with intent to injure or kill in February, but sentenced today.