That’s the gist of the The Terminal List, a recent show from Amazon Prime in which Chris Pratt plays Reece, a Navy SEAL who returns home to some high drama after a covert mission. After a bit of a slow start, Terminal List takes off as an action-packed thriller with lots of storylines, receiving an IMDB rating of 8.0 (out of 10).

Others, however, weren’t so impressed. Pratt’s character, after all, is a killer, an alpha male who seeks out those who have wronged him, most in major ways.

“The plot, in so much as there is one, will make about as much sense to viewers as it does to the heavily concussed Reece,” wrote The Independent.

Of course, the website did feel compelled to praise the performances of actresses Riley Keogh and Constance Wu in the same piece.

Meanwhile, The Hollywood Reporter was also scathing, referring to The Terminal List as a “‘dry, tasteless burger … left on the grill for so long that the result is dry and tasteless.”

It later added, “It’s the entertainment equivalent of a charred hockey puck, with the same limited range of flavor and aesthetics.”

Why critics have been so judgmental is anyone’s guess, but one theory is that The Terminal List isn’t nearly “woke” enough for their tastes. Just the opposite actually.

Meanwhile, fans of the show have responded by telling professional critics to put a lid on it.

Said one: “Great series. Don’t listen to the ‘professional critics.’ If you are looking for action with a great cast, this show is for you.”

Another wrote: ‘Excellent acting through out. Authentic portrayal of subject matter. Gripping story.”

And still another added: “Critics as usual got this one wrong. Outstanding series!”

Those are all just a small sampling of the positivity from the audience.

“Chris does an amazing job playing the part of a navy seals commando, taking vengeance on those who killed his team. I was on the edge of my seat the entire season,” wrote yet another fan.

Basically, when it comes to The Terminal List, it appears the mainstream critics are watching an entirely different show than the people for whom they are offering reviews. Their best hope is that Reece, brilliantly played by Pratt, doesn’t come for them, too. 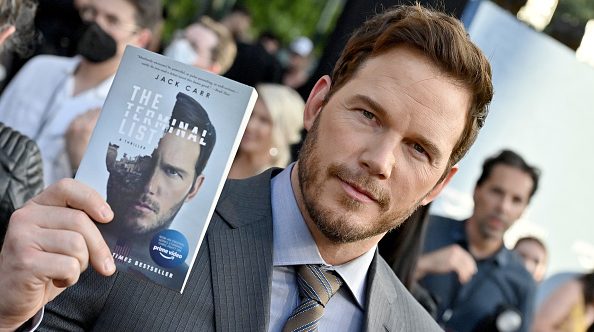