D.C.’s Trump International Hotel has banned these people from the premises 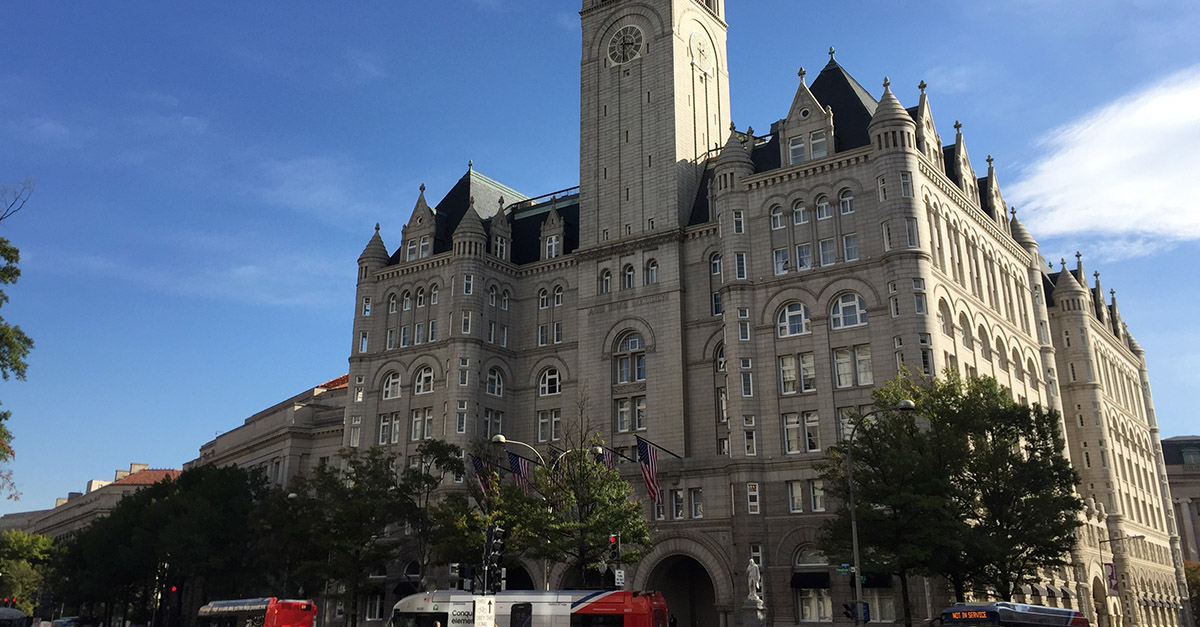 There’s not a single vacancy at the Trump International Hotel in Washington, D.C., for inauguration week. But don’t expect to see or hear about anything that happens at the hotel named for the president-elect. The hotel has banned anyone with media credentials from the building and the premises.

A reporter for Politico says he tried to attend a scheduled breakfast meeting at Trump International Hotel but was turned away. After identifying himself as a journalist, the report says he was told members of the “media” were not allowed.

RELATED: The Trump Hotel forgot how to spell “America” on a menu created for the presidential debate

Trump International Director of Sales and Marketing Patricia Tang confirmed the ban in response to an email inquiry to Politico. She told them “media is not allowed in this week,” allegedly “in respect of the privacy of our guests.”

Diplomats and foreign dignitaries interviewed by New York Magazine in November said staying at Trump’s hotel — inauguration weekend or otherwise — is an “easy, friendly” gesture toward Trump. A Middle Eastern diplomat who’d recently booked a guest into Trump International told New York Magazine to expect quite a bit of business. “Believe me, all the delegations will go.”

The Trump International Hotel in Washington, D.C., just blocks from the White House, has become a symbol of the unprecedented potential conflicts of interest that exist with Trump’s presidency. Many are convinced Trump will use his presidency to bolster the prestige and bottom line of his many name-brand businesses and properties.