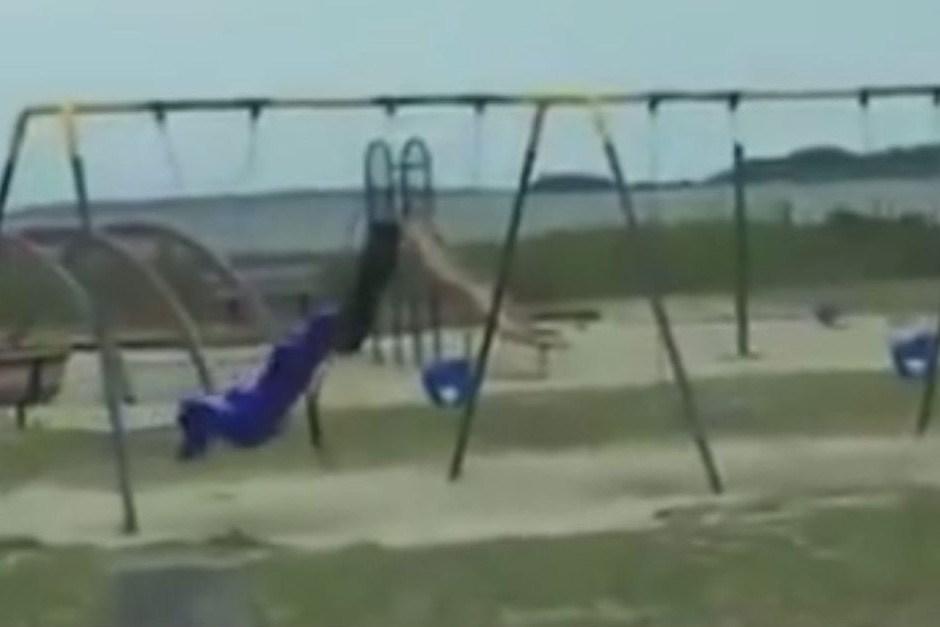 A Rhode Island father took his kids to their local playground for some playtime but quickly decided against the outing once he noticed something spooky happening on the swings.

“We’re at the playground, and the kids don’t want to go anymore, because look at this shit.”

That’s how Scotty Denton introduced a video of him and his kids parked next to a playground, before recording a video of a “ghost swing” that seemed to move on its own.

Denton, who reiterated in the video that there was no wind at the time of the filming and that the paranormal activity experienced was real and not a hoax, uploaded a Facebook video and returned to the park this past Tuesday to make a follow-up social media video “for just the haters out there that said the video was bullshit.”

The Haunted Playground Swing is Legit

It’s easy to dismiss the playground video as nonsense. Most ghost hunters aren’t exactly showing up to a swingset unless it’s in the backyard of an abandoned sanitarium or a haunted house. There aren’t a lot of ghost stories about jungle gyms. A local playground isn’t on anyone’s list of likely haunted places unless it’s literally in the middle of an entire ghost town. Probably not even Scott Denton’s before he rolled up to this playground on that fateful day.

People claimed it was just the wind blowing or that a string was attached to the swing. Considering that the other swings weren’t moving at all the wind excuse doesn’t check out. The string theory is possible but the video is shot from so far away that the string would have to be really long and thin enough to not be seen, while also being strong enough to whip the swing around like that.

Be a skeptic if you want but this looks like a poltergeist to us.

This article was originally published July 7, 2016.

RELATED: A Man’s Been Claiming for Years That His House is Haunted, But People are Now Starting to Believe Him