Dad Leaps Onto Tracks to Shield Daughter From Speeding Train 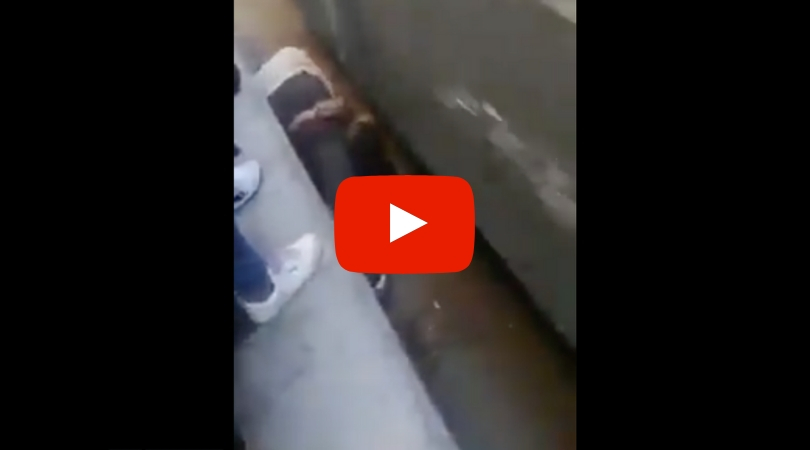 Oh God, talk about a fearless man! A father in Egypt, who has now been dubbed as a real-life superhero, leaped onto the train track to shield his daughter from a speeding train. According to reports, the pair were walking beside the rails when the girl panicked and fell into the path of the oncoming train in the city of Ismailia.

Without hesitation, the father put his own life at risk to save the teenager from almost certain death. The viral video of the incident was posted on social media, showing the father crouching with his body over the girl as the train scraps past them. Eyewitness Ahmad Akef, a student who recorded the incident on his cellphone, was left in shock, nothing “It was a terrible scene that left everyone standing on the station platform stunned.”

A young girl fell onto some train track in #Egypt so her FATHER ACTED!

He jumps down and covers her while the train passes knowing if she dies he chose to go with her.

According to eyewitnesses, the young girl was walking on the train track and got spooked after hearing the goods train had sounded its siren. That’s when the father decided to jump after her, despite the crowd trying to hold him back. While the father was praised by several viewers for his action, he was dubbed “negligent” by a furious rail official.

Ashraf Abdul Hamid claimed the father did not use a pedestrian tunnel to cross the other side of the station. He noted, “You call him a Super Dad, while he is, in fact, a negligent father.” The father has yet to be identified but several witnesses said he was believed to be in his 50s while his daughter was around 13.

Honestly, this Hamit guy needs to take a chill pill and take back his words, because this is one courageous father. He would rather give up his life that let his daughter get hurt and literally became a human shield. That’s true love right there, Hamit. I bet you wouldn’t jump for anyone, so sit down.