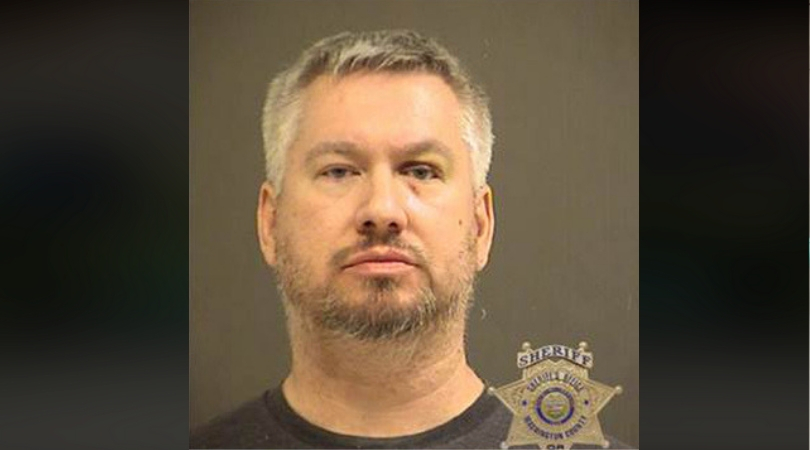 A terrible, terrible, 40-year-old father has been arrested after allegedly staging a very elaborate home invasion. Why, you ask? To cover up the fact that he stole his daughters Girl Scout cookie sales! Yes, this man had the nerve of stealing from his very own daughter behind her back.

According to authorities, Forest Grove Police Department responded to a 911 call for a possible break and enter, and assault. When officers arrived at the scene, they found 40-year-old Brian Couture, who made the emergency call, unresponsive on the ground. The man told police that an unknown individual had entered his home through a sliding glass door, and attempted to restrain him. Both men then began to fight, but the burglar managed to escape.

A special K-9 unit was dispatched in the neighborhood to search for the burglar, which caused a heavy amount of panic among the neighbors. After police failed to find the alleged burger, they started to see several inconsistencies in Couture’s recollection of events during the investigation. After confronting him in a hospital for his “undisclosed injuries”, the man admitted to staging the home invasion.

Police say Brian Couture called 911 earlier this month, saying he fought a robber who broke into his home. Turns out, he made the whole thing up. https://t.co/mzy8ydns1j

Couture also admitted to stealing money that belongs to The Girl Scouts of America, which is a non-profit organization, stating he spent it inappropriately. Authorities didn’t release how he spent it, but man, I can only imagine.

According to the organization, approximately $740 of his daughter’s girl scouts sales were unaccounted for. Couture was quickly arrested for making a fake emergency call and staging the alleged theft. Despite the obvious, the man pleaded not guilty to the charges. The Girl Scouts of Oregon and Southwest Washington are following normal procedures to collect all funds owed and are working on a repayment plan.

His poor daughter must be devastated. Shame on you dad, pay it all back to The Girl Scouts and give an extra $100 to your daughter!