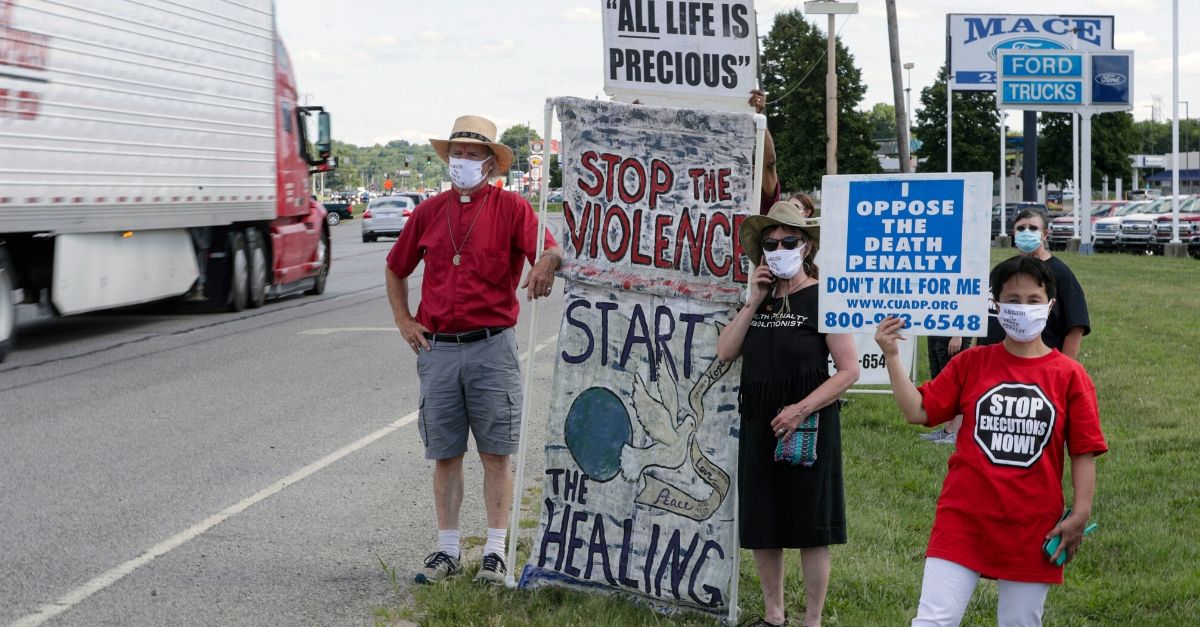 In January 1996, Daniel Lewis Lee, a once self-proclaimed White supremacist, was convicted in Russellville, Arkansas, for three counts of murder in aid of racketeering in the deaths of gun dealer William Mueller, his wife Nancy Mueller, and Nancy’s 8-year-old daughter, Sarah Powell.

The Arkansas family was found five months after they went missing in the Illinois bayou, their bodies weighed down by rocks. They had plastic bags covering their heads, sealed with duct tape, and they had been shot to death. Lee denied the charges, even up to his last breath. “You’re killing an innocent man,” were his last words. And the 47-year-old was then injected with a lethal dose of pentobarbital.

Lee’s death sentence was enforced just a few hours after the Supreme Court allowed the first federal execution to happen since 2003, a result of the Trump administration announced the return of the federal death penalty last year. His execution had been pushed back over the years due to the back and forth legal proceedings.

Judge Tanya Chutkan of the U.S. district court in Washington argued against lethal injection, but the Supreme Court disagreed, saying, ?The government has produced competing expert testimony of its own, indicating that any pulmonary edema occurs only after the prisoner has died or been rendered fully insensate.”

Lee’s attorneys and other members of the victim’s family have also fought for Lee to get a life sentence instead of the death penalty, even arguing that if the execution was to take place anyways, COVID-19 and the coronavirus pandemic prevent them from exercising their right to attend since it would take place at a prison. However, Attorney General William Barr told the Associated Press that he “believes the Bureau of Prisons could carry out these executions without being at risk.”

Nevertheless, Daniel Lee was brought into the execution chamber at the federal penitentiary in Terre Haute, Indiana. Measures were taken with temperature checks and required masks.