Bag of Dead Birds Confiscated From Passenger Arriving From China at U.S. Airport 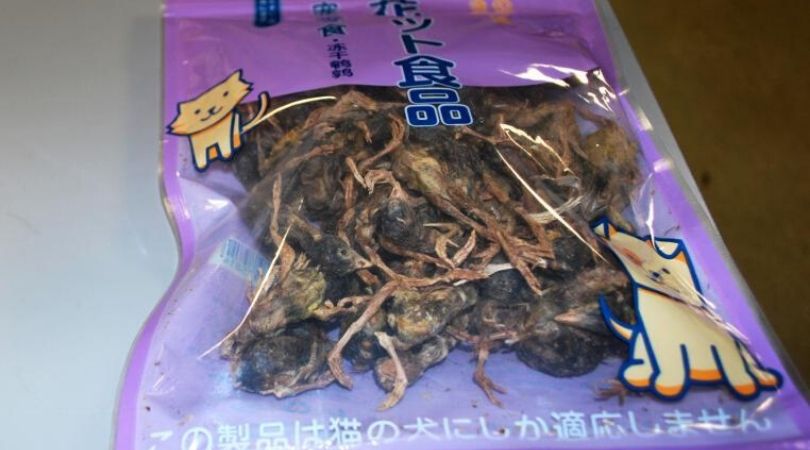 A package of tiny dead birds passed off as “pet food” was confiscated by customs agents at a Virginia airport. U.S. Customs and Border Protection stated the package came into Dulles International Airport on a flight from Beijing on January 27, 2019. The bag of dead birds was discovered by agents in the baggage of the passenger, who was on his way to Prince George’s County, Maryland.

The passenger told agents the package was cat food. The small birds, about 2.5 to 3.5 inches in length, were inside a plastic packaging with several pictures of dogs and cats on the bag. The birds, which were from China, are prohibited from import due to the “potential threat of highly pathogenic avian influenza.” They were quickly seized on behalf of the U.S. Department of Agriculture and destroyed by incineration with the approval of the USDA.

Director of Field Operation for CBP’s Baltimore Field Office, Casey Drust, spoke at a press release, stating, “These dead birds are prohibited from importation to the United States as unprocessed birds pose a potentially significant disease threat to our nation’s poultry industries and more alarmingly to our citizens as potential vectors of avian influenza.”

Authorities stated the birds are “banned” from importation in order to prevent the spread of avian flu. CBP officials confirmed agents seized up to 5,000 prohibited animals, soil and insects, and meat byproduct at the U.S. border on average every day last year. The USDA?s Animal and Plant Health Inspection Service, The U.S. Fish and Wildlife Service, and the Centers for Disease Control and Prevention regulate the importation of animal products and animals into the United States. Importers and consignees are asked to consult their websites to ensure they comply with certification, licensing, and all importation requirements.