Debris found instead of Black Hawk helicopter, and the name of a missing soldier surfaces 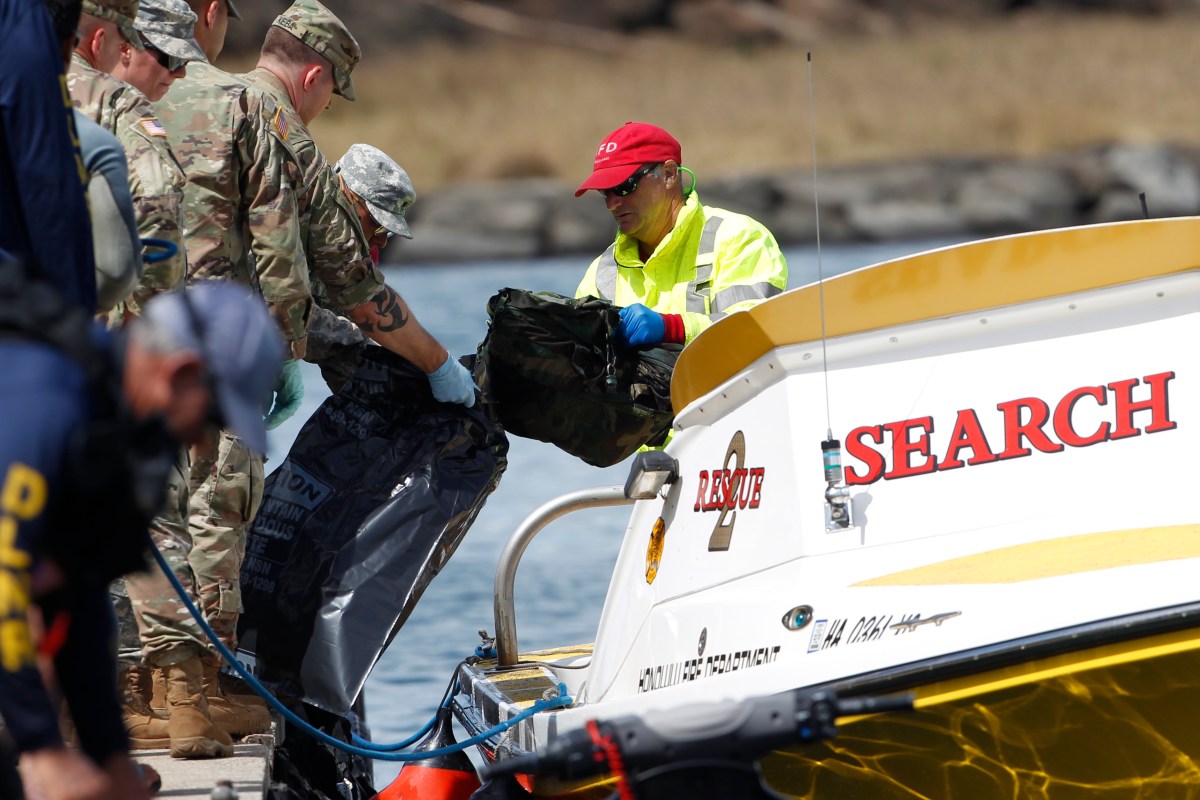 Search and rescue crews brought back pieces of a helicopter fuselage and a helmet Wednesday after scouring the ocean for five soldiers whose Army helicopter went down off the coast of Hawaii.

The two pilots and three crew members have been missing since their UH-60 Black Hawk lost visual and radio contact during a training exercise Tuesday night.

RELATED: All 16 service members who lost their lives in the military plane crash have been identified

Soon after, searchers discovered a debris field about 2 miles off Kaena Point on Oahu, near the area where the helicopter went missing. The search has since moved with the ocean current, about five miles offshore.

Meanwhile, local media identified one of the missing soldiers as Abigail Milam of Kentucky.