While speaking with reporters at the end of the Democrats’ three-day issue retreat, she said, “It shows the American people that, whatever you might think about the ban, how the president proceeded with this was not only incompetent, but it was strategically incoherent.”

The 9th Circuit Court of Appeals refused to reinstate President Trump’s ban Thursday. In its unanimous decision, the three-judge court stated that it found “no evidence” those travelers pose a threat to the United States.

Their ruling also stated that “[A]lthough courts owe considerable deference to the President’s policy determinations with respect to immigration and national security, it is beyond question that the federal judiciary retains the authority to adjudicate constitutional challenges to executive action.”

President Trump was furious with the ruling and quickly tweeted out an ALL CAPS message reading, “SEE YOU IN COURT, THE SECURITY OF OUR NATION IS AT STAKE!”

Pelosi addressed his tweet while talking to reporters, saying, “We’ll see what that means.”

Rep. Joseph Crowley (D-N.Y.) also chimed in on the tweet. “The president needs to grow up,” he quipped. “I’m not any whiz when it comes to the use of modern technology, but I’m told capital letters is like yelling.” 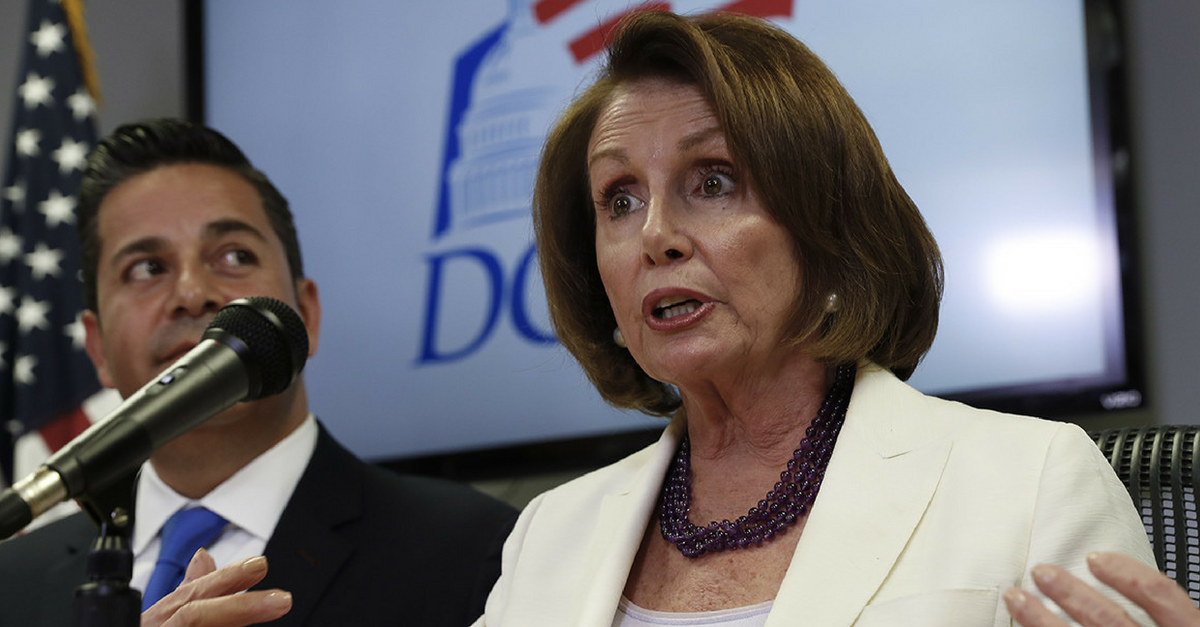