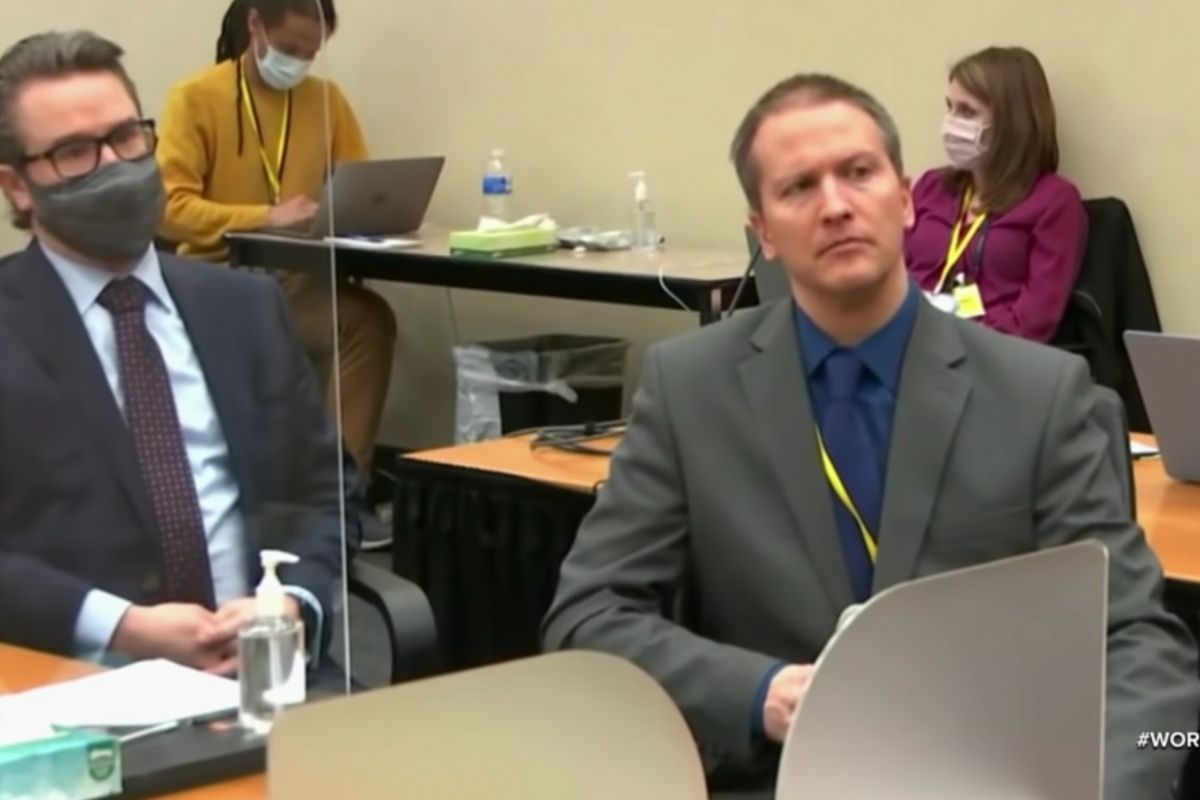 Former Minneapolis police officer Derek Chauvin has been found guilty of second-degree unintentional murder, guilty of third-degree murder, and guilty of second-degree manslaughter for the death of George Floyd. The 12 jurors, which include four Black people, two people who identify themselves as multiracial, and six white people reported each day for duty to the Hennepin County Government Center where they listened to closing arguments today.

Judge Peter Cahill presided in the Chauvin case. This is one of the most closely watched cases setting a national reckoning on police violence and racism even before the Chauvin trial began. Floyd’s death last year on Memorial Day sparked several protests in Minneapolis, across the United States, and the world.

Prosecutor Steve Schleicher argued that Mr. Floyd’s cause of death last May was a direct result of Chauvin’s actions due to his weight on Floyd’s neck and back while holding him in the prone position. Medical experts stated that he died of low oxygen levels that caused a brain injury and arrhythmia causing his heart to ultimately stop. Prosecutors Schleicher stated, “He did what he did on purpose, and it killed George Floyd.”

Chauvin’s Defense attorney Eric Nelson argued that there was a range of potential factors that influenced death, some of which included his enlarged heart, Fentanyl, methamphetamine in his system, and possible carbon monoxide from squad car exhaust. Minneapolis Police Department Chief Medaria Arradondo, as well as other members of his department, had testified that Chauvin’s restrain of Floyd was not reasonable and did violate the department’s policies on the use of force.

Hennepin County medical examiner, Dr. Andrew Baker, testified that Floyd died from cardiopulmonary arrest resulting from “law enforcement subdual, restraint, and the neck compression.” He said the manner of Floyd’s death was a homicide, meaning that someone else was involved in the death.

President Joe Biden stated that he was praying for the right verdict in the trial of Derek Chauvin. He waited on his hopes for a verdict speaking with George Floyd’s family at the start of jury deliberations. From the White House’s Oval Office Biden told reporters, “I’m praying the verdict is the right verdict, which is — I think it’s overwhelming, in my view. I wouldn’t say that unless the — the jury was sequestered now and not hearing me say that.” The president did not explicitly say whether the right verdict was not guilty or guilty.

Police departments across the United States are now bracing for any potential protest. Thousands of National Guard soldiers have been deployed throughout Minneapolis, where George Floyd was killed. A state of emergency has been declared in the region. Minnesota Governor Tim Walz had previously stated, “I am grateful to our colleagues in Ohio and Nebraska for their willingness to provide assistance and relief to our state troopers and law enforcement officers as they continue to work to keep the peace in our communities.”

In Washington, DC 250 National Guard troops have been activated. A National Guard spokesperson stated that the troops are only preparing to support the local police department so they won’t be seen unless they’re needed by the police. The Chicago Police Department stated last week that it also deployed extra resources throughout the city. They noted, “days off have been canceled for members of the Community Safety Team, Critical Incident Response Team, Summer Mobile Patrol, all Area Detectives and additional specialized teams.”