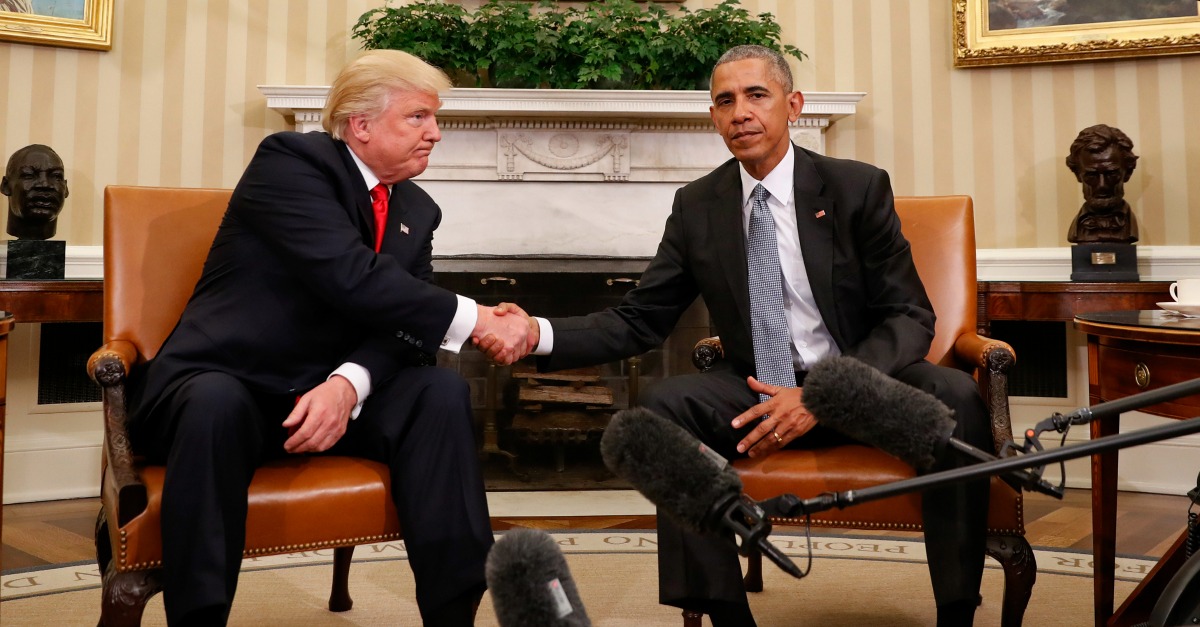 Perhaps the most historic global agreement on climate change is about to lose a member. President Trump has reportedly told multiple people, including EPA Administrator Scott Pruitt, that the United States will exit the Paris Agreement, a step that would unravel President Barack Obama’s climate policies.

RELATED: Donald Trump got off the plane from Europe and immediately attacked the “fake news media”

According to Axios, three sources confirmed Trump’s decision, although the president claimed via Twitter that he will make a “final decision” next week.

I will make my final decision on the Paris Accord next week!

White House Director of Strategic Communications Hope Hicks answered a question regarding Trump’s decision with, “I think his tweet was clear. He will make a decision this week.”

In analyzing Trump’s apparent decision to pull out of the agreement, Axios noted, “It also sends a stark and combative signal to the rest of the world that working with other nations on climate change isn’t a priority to the Trump administration.”

Axios also reported that behind the scenes at the EPA last week, Pruitt “told aides he wanted them to pump the brakes on publicly lobbying for withdrawal from Paris.”

The White House has apparently told Pruitt to keep a lower public profile regarding the Paris Agreement until Trump announces his decision. The thinking is that the White House doesn’t want Pruitt to steal the spotlight from what it would see as a win for the president.

During his just-completed overseas trip, Trump refused to join the other six nations of the G7 in reaffirming “strong commitment” to the Paris Agreement.

RELATED: Majority of Americans aren’t in agreement with Trump on this issue

According to Axios, pulling out of the Paris Agreement is a complex move that will take time, allowing for more debate to take place.