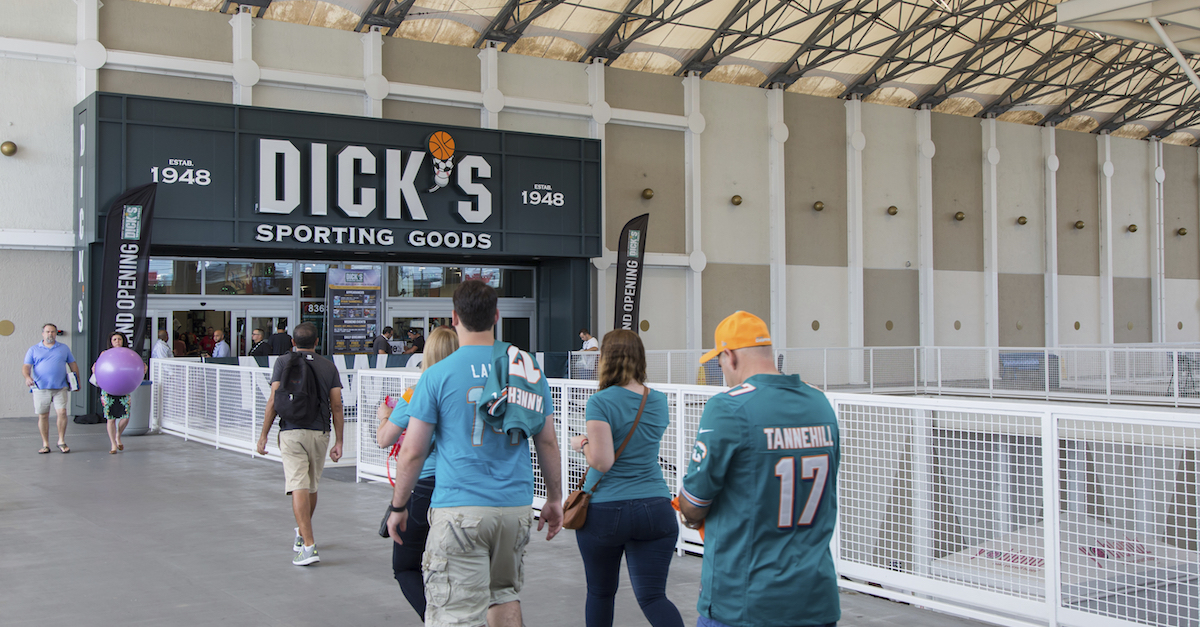 The chairman and CEO of Dick?s Sporting Goods, the largest sporting goods retailer in America, announced early Wednesday that the company will no longer sell assault weapons, no longer sell high-capacity magazines and no longer sell guns to a person under the age of 21.

Chairman and CEO of Dick's Sporting Goods tells @GStephanopoulos why the company has decided to no longer sell assault style rifles or firearms to anyone under 21 years of age, and no longer sell high capacity magazines. pic.twitter.com/xiuMfqIZLd

“As we looked at what happened down in Parkland, we were so disturbed and saddened by what happened, we felt we really needed to do something,” the chairman and CEO said.

Stack explained that the company made the decision in no small part because the Parkland shooter, Nikolas Cruz, had purchased a shotgun at a Dick?s store in November.

When asked if there was any chance the company would reverse this, Stack replied, “Never.”

We at DICK'S Sporting Goods are deeply disturbed and saddened by the tragic events in Parkland. Our thoughts and prayers are with all of the victims and their loved ones. https://t.co/J4OcB6XJnu pic.twitter.com/WmT50BO7mx

But thoughts and prayers are not enough. We have to help solve the problem that's in front of us. Gun violence is an epidemic that's taking the lives of too many people, including the brightest hope for the future of America – our kids. https://t.co/J4OcB6XJnu pic.twitter.com/6VoKwJe8tH

We deeply believe that this country's most precious gift is our children. They are our future. We must keep them safe. Beginning today, DICK'S Sporting Goods is committed to the following: https://t.co/J4OcB6XJnu pic.twitter.com/BaTJ9LaCYe

At the same time, we implore our elected officials to enact common sense gun reform and pass the following regulations: https://t.co/J4OcB6XJnu pic.twitter.com/VUuFKkyk6c

Stack also wrote in a letter Wednesday that the decision does not mean that the company doesn’t support the Second Amendment.

“We support and respect the Second Amendment, and we recognize and appreciate that the vast majority of gun owners in this country are responsible, law-abiding citizens,” he wrote, according to the Associated Press. “But we have to help solve the problem that?s in front of us. Gun violence is an epidemic that?s taking the lives of too many people, including the brightest hope for the future of America — our kids.”