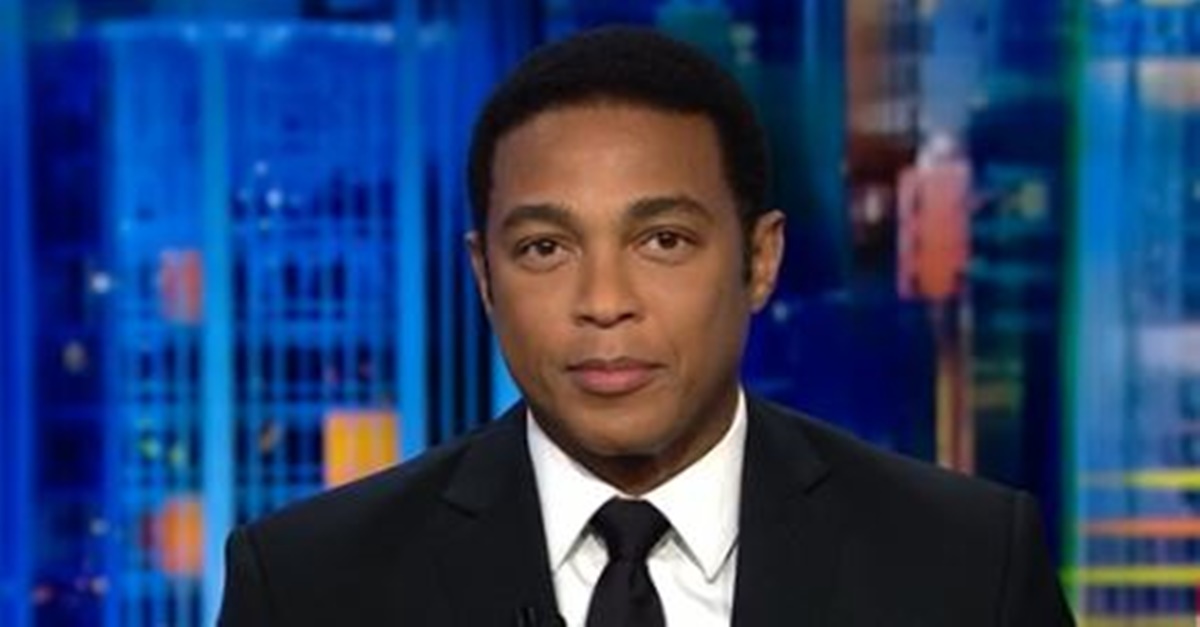 CNN host Don Lemon struggled to keep it together during his first show after a leave of absence following his sister’s shocking death.

The host of “CNN Tonight” fought back tears as he thanked friends, colleagues, and fans for their outpouring of support following the accident.

Don Lemon returns to CNN after his sister's death: "It's important for all Americans to know that something like this — when it happens, it tends to bring out the best in people" https://t.co/7xVnhRn29J https://t.co/IQbN7A6d8b

?I am back sitting with you tonight because this is exactly where she would have wanted me to be,? Lemon told viewers. ?Leisa was so proud of me.?

?There?s so much conflict happening. I think it?s important for all Americans to know it tends to bring the best out of people. Even some of my competitors and people I have raging arguments with on television,? the CNN host said, adding, ?You think we hate each other, but we don?t.?

Lemon also thanked his colleagues and CNN president Jeff Zucker, saying, “You don?t know how much this meant to me, Jeff Zucker. I will never forget that you wouldn?t leave my office. You wouldn?t go home until I got home and on a plane.”

The journalist also shared his gratitude for his partner, Tim, who he said sat in his mom’s driveway for “two hours” and got on a plane “without asking.”

The news of Lemon’s sister’s death came last week. The host talked briefly about his sister on Twitter and asked his followers for prayer.

“Thanks everyone for your words of sympathy. Please keep my family in your prayers. Leisa was my oldest sister & partner in crime growing up. Always had my back,” he tweeted.

Thanks everyone for your words of sympathy. Please keep my family in your prayers. Leisa was my oldest sister & partner in crime growing up. Always had my back. #RIPbigSis pic.twitter.com/9k1IVtqukQ

RELATED: CNN’s Don Lemon is asking for prayer after his family suffered an unthinkable tragedy