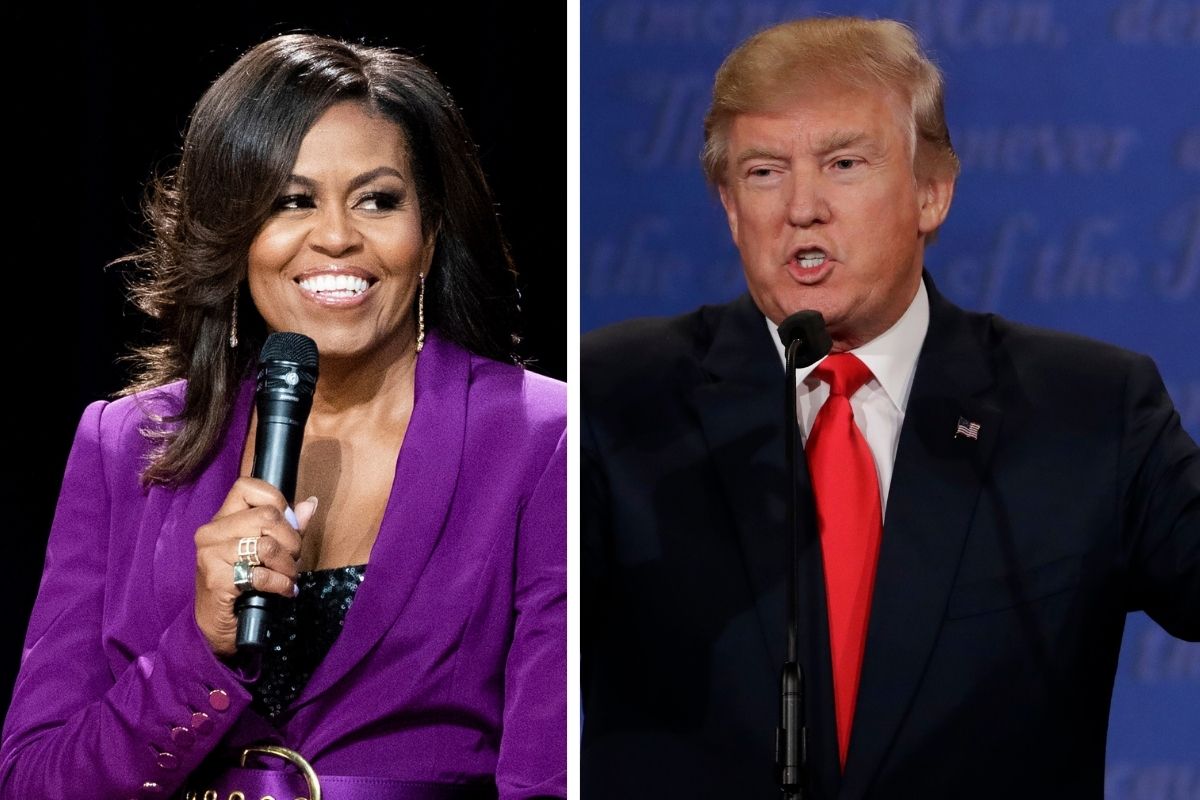 Former President Donald Trump can’t seem to get away from the media. Trump was reportedly caught mocking former First Lady Michelle Obama for her looks in front of a group of Republican donors referring to former President Barack Obama by his middle name, ?Hussein.?

The remarks by Trump, who is known for frequently attacking women with whom he disagrees, were part of the speech he said in Mar-A-Lago at Republican Party donors who reportedly then ?laughed uproariously? at the former president. According to the Washington Post, who first obtained the audio of the speech, the former first lady was ridiculed for supporting Stacey Abrams, who is another African American woman and a Democratic opponent of Georgia Governor Brian Kemp. Kemp is a Republican with whom Trump has fallen out.

Donald Trump reportedly mocked former first lady Michelle Obama for her looks in front of a group of Republican donors on Saturday, and once again referred to former president Barack Obama by his middle name, “Hussein”.
.https://t.co/IHgsdciXrl

The audio of the address reveals that sponsors were wrongfully told by Trump that Oprah Winfrey ?camped out in Atlanta? in support of Abrams during the 2018 election. Trump went on to say that Winfrey was in the city for several months before then turning on The Obamas. Referring to Barack by his middle name, Trump reportedly told the crowd that ?Barack Hussein Obama and the very beautiful Michelle Obama were there.? That’s when Republican donors are heard laughing at Trump for his apparent mockery of Michelle Obama’s appearance ?as beautiful.? He then went on to insult Republican Minority Senate Leader Mitch McConnell saying he was a “dumb son of a bi*ch for refusing to reject the results of 2020 election win, which he reportedly referred to as ‘bulls**t.’?

Former Vice President Mike Pence was also accused of failing to overturn the 2021 election win of now President Joe Biden when it came in front of Congress in favor of Trump. Dr. Anthony Fauci, chief medical adviser and face of the response to the Coronavirus was also described as being “full of crap.”

The event, which saw several controversial Republicans make a series of comments that targeted various people, was part of the weekend fundraising for the Republic National Committee, also known as RNC. According to Politico, a member that attended that night stated that it was a “horrible event” and described it as ?long and negative.? The person added, “It was dour. He didn?t talk about the positive things that his administration has done.”