We all know that Donald Trump has never been shy about giving his opponents nicknames — “Crooked Hillary,” “Lyin’ Ted,” “Crazy Bernie,” “Goofy Elizabeth Warren,” “Low-energy Jeb” and “Little Marco” all immediately come to mind — and now North Korean leader Kim Jong-un has his own Trump moniker.

“Rocket Man” is the latest of Trump’s derisive epithets.

“I spoke with President Moon of South Korea last night. Asked how Rocket Man is doing. Long gas lines in North Korea. Too bad!” he tweeted.

Obviously, the first thing that comes to mind here is an Elton John song of the same name. We know that Kim Jong-un actually does like music, so maybe this is already on his playlist?

Now that we’ve gotten that out of the way, the “Rocket Man” nickname is a clear jab at Kim Jong-un’s now semi-regular missile launching over Japan.

The most recent launch happened last Thursday. North Korea has fired at least 21 missiles since Feb. 2017 in 14 missile tests. 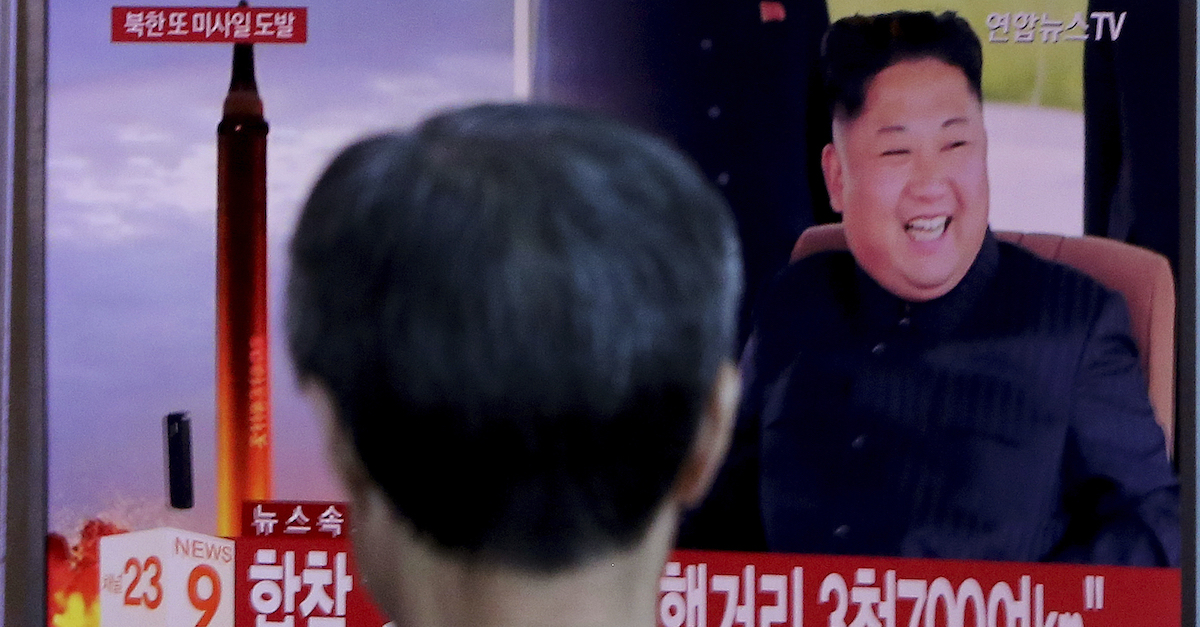