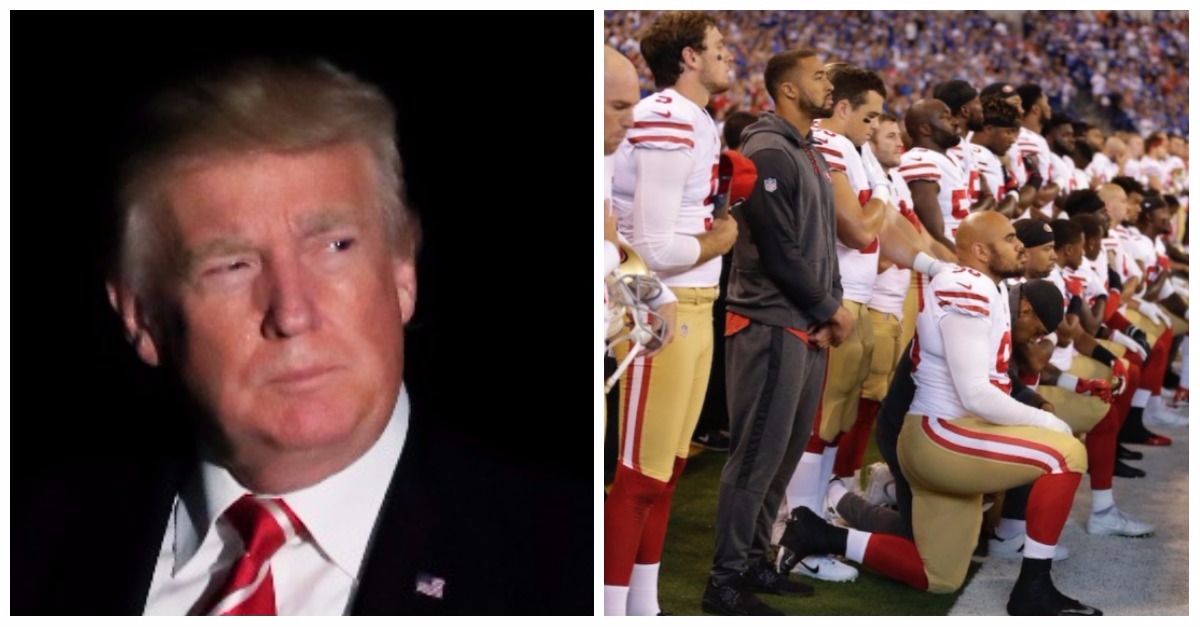 President Donald Trump tweeted Sunday afternoon that he told Vice President Mike Pence in advance that he should leave the football game between the San Francisco 49ers and Indianapolis Colts if any players knelt during the national anthem.

I asked @VP Pence to leave stadium if any players kneeled, disrespecting our country. I am proud of him and @SecondLady Karen.

“I asked @VP Pence to leave stadium if any players kneeled, disrespecting our country. I am proud of him and @SecondLady Karen,” he tweeted.

Earlier Sunday, Pence tweeted a statement explaining why he decided to leave the game.

I stand with @POTUS Trump, I stand with our soldiers, and I will always stand for our Flag and our National Anthem. pic.twitter.com/B0zP5M41MQ

?I left today?s Colts game because President Trump and I will not dignify any event that disrespects our soldiers, our Flag, or our National Anthem,” he said. “At a time when so many Americans are inspiring our nation with their courage, resolve, and resilience, now, more than ever, we should rally around our Flag and everything that unites us.”

Photos snapped on the sideline showed the 49ers players demonstrating during the anthem.

It is notable that this is Colin Kaepernick’s former team and that Kaepernick retweeted the photo, even as news swirls that he has promised to stand for the anthem again if he plays again in the NFL.