Donald Trump Jr. is on high alert after his wife opened a suspicious letter and was hospitalized 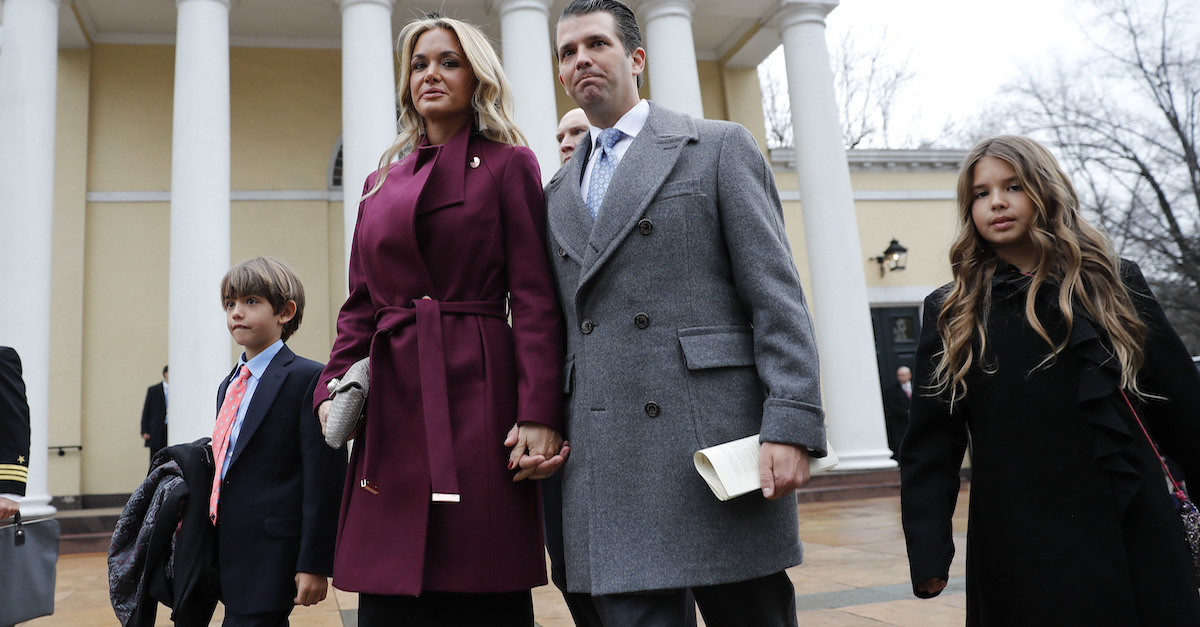 A suspicious letter with an unidentified substance inside was addressed to Donald Trump Jr. and sent to his wife Vanessa’s apartment building on Monday, sparking a police investigation.

Three people, including Vanessa Trump, were hospitalized for precautionary reasons after the letter was opened, NBC News reported Monday afternoon.

The most important details in the NBC report that you need to know are these: the letter was addressed to Donald Trump Jr. and mailed to an apartment belonging to his wife; three people were hospitalized despite reports that the letter was not hazardous; decontamination of the scene was done.

ABC News is now reporting that the letter contained “white powder,” that Vanessa Trump opened it, and that she and two others who were decontaminated are in good condition.

.@NYPD tells @ABC Donald Trump Jr received a letter at his NYC home this morning containing white powder. His wife Vanessa opened it. 3 people were decontaminated & evaluated & appear to be fine. No positive identification on the powder yet; NYPD & Secret Service investigating.

Letter sent to Donald Trump Jr. at his NYC apartment contained unknown white powder; letter opened by his wife this morning. She and two others decontaminated and transported to hospital for precaution – they appear to be fine; substance not yet ID’d, police say – @AaronKatersky

JUST IN: Letter sent to Donald Trump Jr.'s apartment containing unidentified white powder, NYPD says, and opened by his wife; she and two others were decontaminated by firefighters at the scene. Police and Secret Service are investigating.

JUST IN: Donald Trump Jr.'s wife Vanessa Trump was taken to a hospital after receiving a letter containing white powder inside https://t.co/TOPGtUH5e7 pic.twitter.com/QgVO91ErwH

The NYPD and Secret Service are currently investigating.

It’s not clear what the substance in question is at this time.

The letter was opened around 10 a.m. this morning.