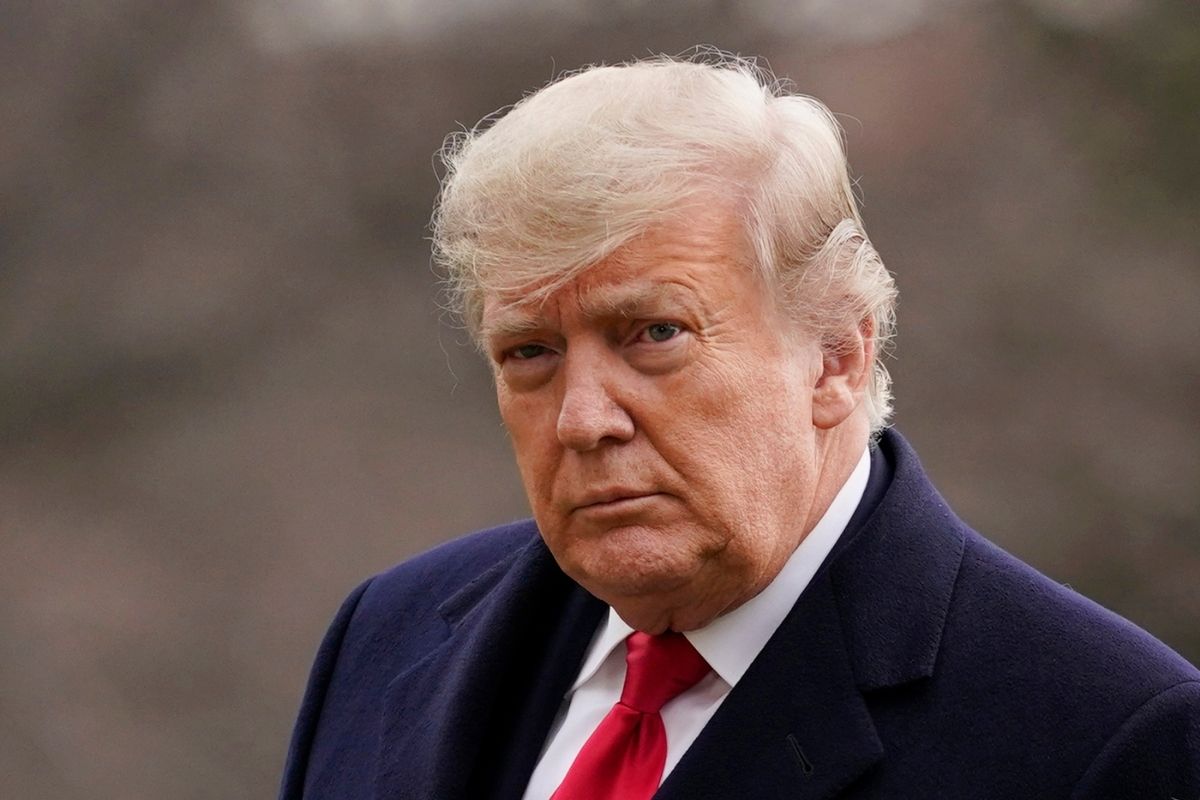 Several hours after Donald Trump?s supporters stormed the US Capitol building in Washington D.C. and violently clashed with U.S. Capitol police officers, President Donald Trump protestors to go home so that there can be peace. In the video posted on his Twitter account, Trump begins by sharing baseless claims that the presidential election was stolen from him and he won in a landslide. He then tells his supporters at ?we have to have peace, we have to have Law and Order, we have to respect our great people in Law and Order. We don’t want anybody hurt.?

He continued, ?This was a fraudulent election, but we can’t play into the hands of these people. We have to have peace. So go home, we love you, you’re very special, you’ve seen what happens. You see the way others are treated that is so bad, and so I know how you feel, but go home and go home and peace.?

Trump’s message was immediately flagged by Twitter to dispute the claim of election fraud, adding a stipulation that the Tweet can no longer be retweeted, replied to, or liked due to a risk of violence. Trump also tweeted, telling pro-Trump supporters to stay peaceful after they decided to storm the U.S. Capitol. Vice President Mike Pence, who was inside the Capitol when the rioters arrived, tweeted, “violence and destruction taking place at the US Capitol Must Stop and it Must Stop Now.?

President-elect Joe Biden demanded that Trump call for an end to the standoff of his supporters storming. and breaching into the landmark. During an address, he noted, ?I call on President Trump to go on national television now to fulfill his oath, to defend the Constitution, and demand an end to this siege.? After his short remarks, Biden then walked from the podium ignoring the questions from reporters, then turning around and returning to the stage saying, “I am not concerned about my safety, security, or the inauguration. I?m not concerned. The American people are going to stand up, stand up now. Enough is enough is enough.” Through a joint statement, Democratic House Speaker Nancy Pelosi and Senate Democratic Leader Chuck Schumer (D-NY) also called on President Trump to demand all protestors leave U.S. Capitol grounds.

.@SenSchumer and I are calling on President Trump to demand that all protestors leave the U.S. Capitol and Capitol grounds immediately. pic.twitter.com/z6D8qb6bpe

Dozens of republican protestors were able to breach security perimeters at the Nation’s Capitol and lawmakers and members of Congress inside the House chamber were told to put on their gas masks as tear gas was fired inside the Rotunda. White House Press Secretary Kayleigh McEnany tweeted that the National Guard, as well as other Federal Protective Services, were headed to the Capitol.

Pro-Trump protesters tore down several metal barricades at the bottom of the Capitol steps, where they were met by officers in heavy riot gear. Some tried to push past the officers who were holding shields and were using pepper spray into the crowd. According to the Associated Press, at least one explosive device was found near the US Capitol grounds, likely placed by Trump supporters. luckily law enforcement officials say that it is no longer a threat.

Watch: US Capitol on Lockdown as Trump Supporters Clash With Police