Republican presidential nominee Donald Trump made his way to Flint, Mich., on Wednesday.

There, Trump spoke to a predominately black crowd of about 50 or so at Bethel United Methodist Church. His stump speech became an attack on Democratic presidential nominee Hillary Clinton.

“Hillary Clinton failed on the economy, just like she has failed on foreign policy. Everything she touched didn’t work out, nothing,” he started before he was interrupted by Rev. Faith Green-Timmons.

Green-Timmons took the mic to say, “Mr. Trump, I invited you here to thank us for what we’ve done in Flint, not to give a political speech.”

The exchange can be seen below, courtesy of The Hill:

Here's the Pastor at the church in Flint, MI asking Trump to refrain from attacking @HillaryClinton in his remarks: https://t.co/ps7LyQ8iF7

Trump complied and went on to speak of the city, which has been facing a crisis after the water supply was found to be dangerously contaminated.

RELATED: The first felony charges have just been filed in the Flint water crisis

The candidate has slowly been making a pitch to black voters for about a month now. 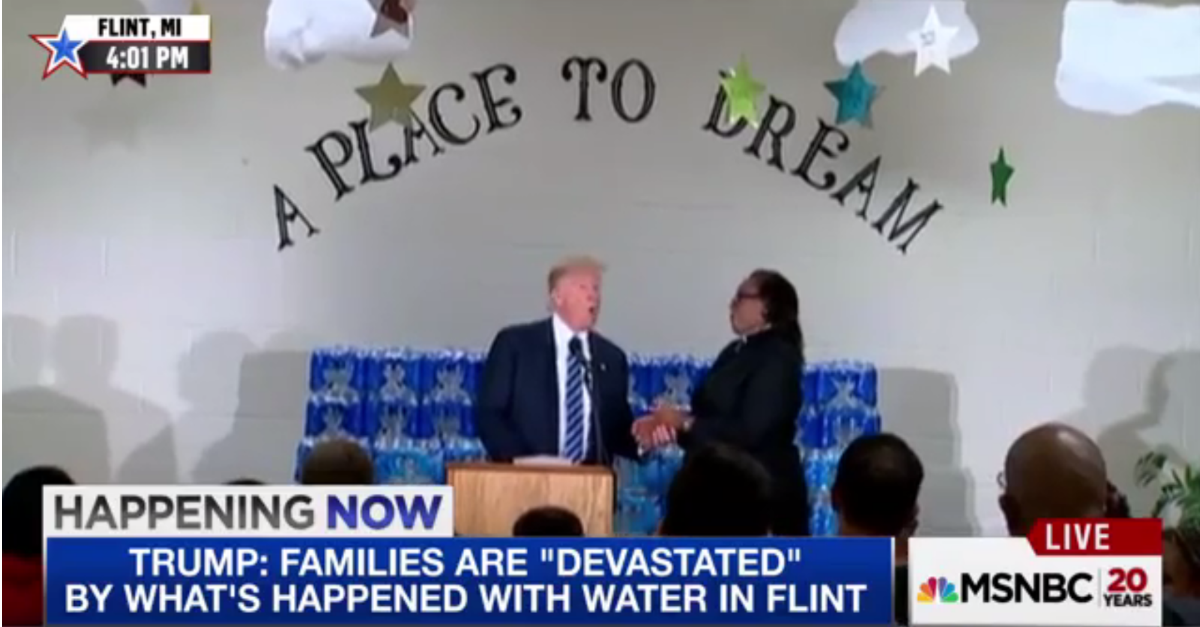