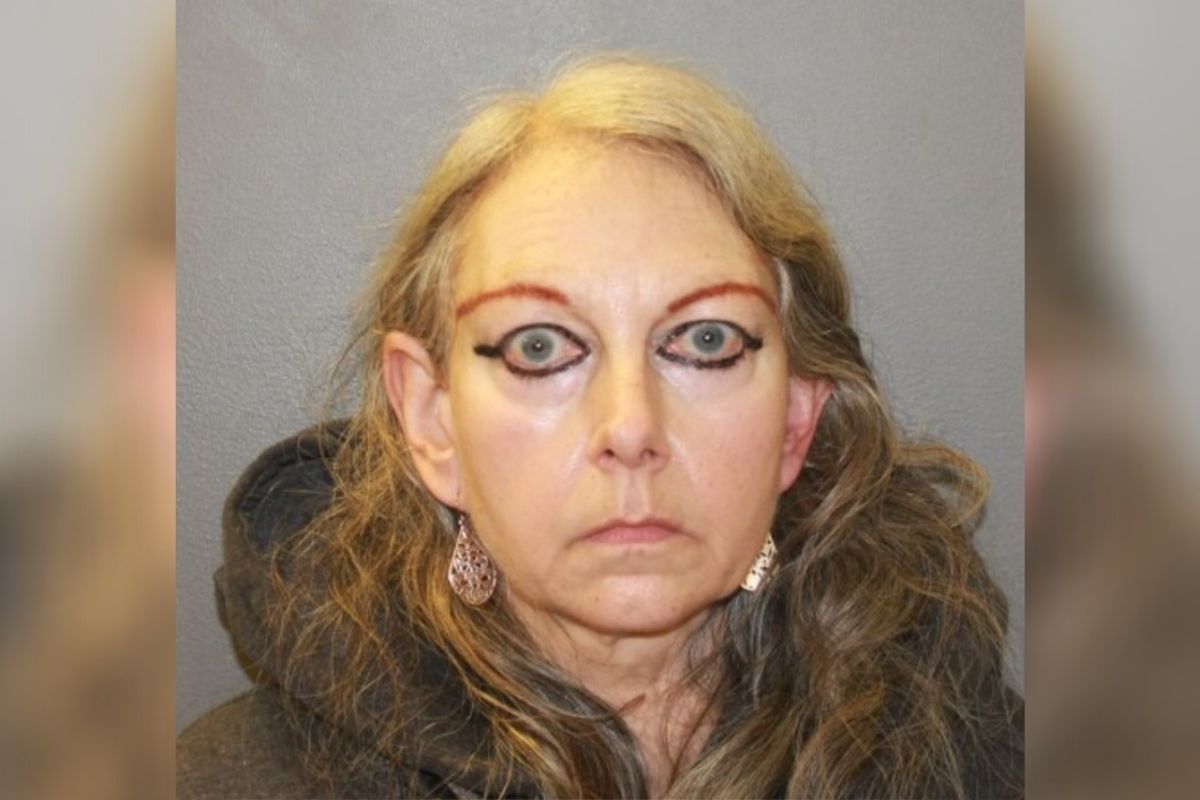 Yikes, just look at this mug shot. If this doesn’t yell scary, I don’t know what will. Hamden woman is now facing animal cruelty charges after police found her in possession do more than 30 animals. Back on October 26th, the Hamden’s Animal Control division, with help from several other animal control units, executed a search warrant at the home of 59-year-old Donna Scirocco. Upon entering the home, several police officers were created by two large rats, and inside found 26 cats, two caged squirrels, a blind owl, and six dogs.

Hamden police stated that one of the dogs was desperately trying to clean for its life. According to Capt. Ronald Smith, “Upon entering the residence, animal control officers were greeted by two large rats,? and a dead woodchuck. There were also several Taxidermy animals inside Scirocco’s home. In addition, there were also some dead animals stuffed by a taxidermist.

Police say they arrested a Hamden woman yesterday after animal control officers found more than two dozen animals in her home. Some were domesticated, some were wild. And some were dead. They included rats and a blind owl: https://t.co/1B4LgwZPPO

Authorities stated that on December 15th Scirocco turned herself in and was arrested. She was charged with six counts of animal cruelty and is being held on the court-ordered $5,000 Bond. As far as how or why she had that many animals, authorities are still investigating the case. Putting my two cents in here, I just think this woman really liked animals. But by the sight of her face, and by the taxidermist findings, let’s just hope she wasn’t doing anything harmful to these little guys. It’s insane though, imagine living in a small home with all of these animals.

I have a cat, and sometimes he gets on my nerves that I have to literally close the door on him when I go to the other room because I need a break. Imagine having 26 cats! That is insane. I can’t be the only one who’s thinking this right? Good Lord. Imagine having to clean up all that poop, not only from the cat’s butt from the dog’s, squirrels, and rats! Good Lord. Nope.

Watch: Police Officer Arrested for Filming Himself Having Sex With an Animal