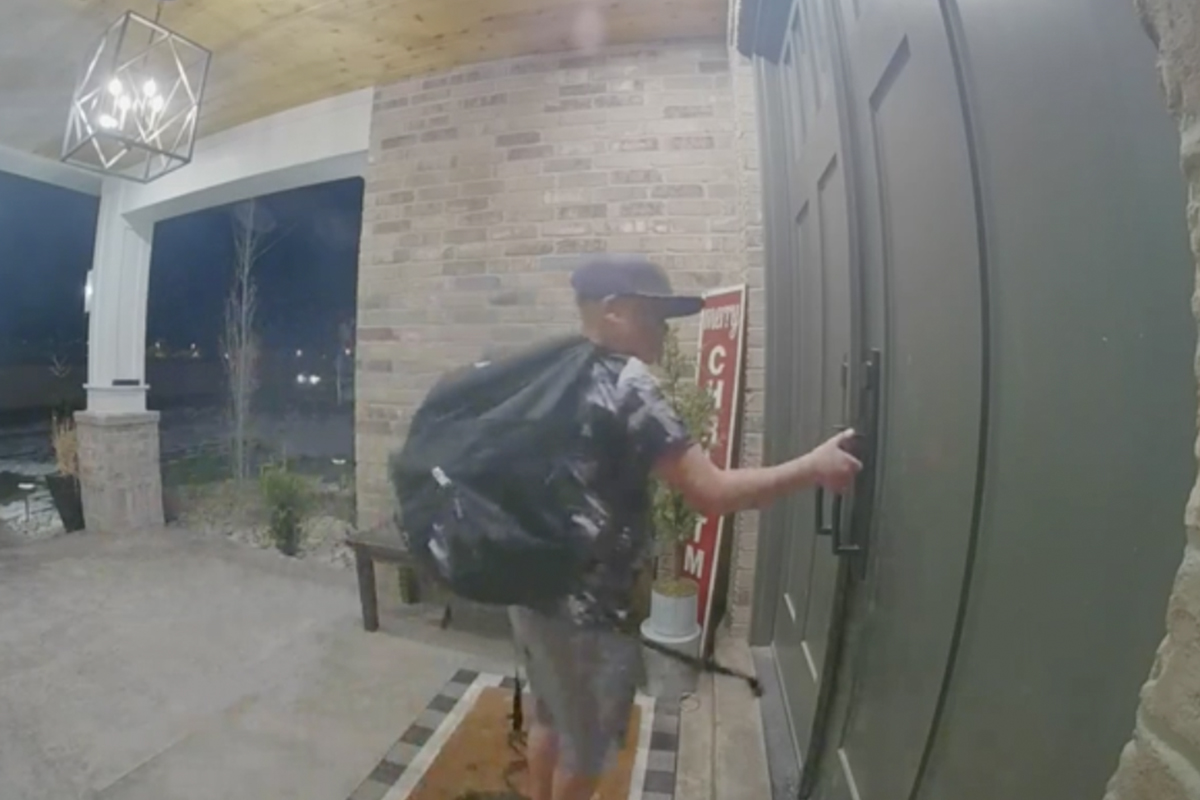 A 10-year-old boy in Riverton, Utah was caught on his family’s Ring doorbell camera video desperately attempting to escape a kidnapper that had followed him home from basketball practice.

The boy’s mother posted about her son Grayden’s nightmare near-kidnapping.

Tonight we had a scary situation with Grayden.  He was headed home from basketball practice (2 houses away), when  2 guys in a white or light colored 4 door sadan, kept trying to talk to him while offering something and asked him to get in the car. They ended up turning around and following him down the street.

The car was headed East, then West then back East again. All while trying to entice.

He did awesome!!! Ran home yelling and grabbing rocks along the way.

Sadly,  our front door was locked,  so he ran over to Troy Brown and Kristin Brown house and ran straight in their front door.

The officer on the case ask if I would post his info. And encourage people to call if you see this car, have your own issue with this, etc

Ultimately the mother’s Facebook post was shared nearly 700 times by concerned parents and citizens. All in all a scary situation that, fortunately, did not end anywhere near as horribly as it could. Credit to the parents for raising such a smart, brave kid, Grayden for having the wherewithal to do exactly what he needed to, and the neighbors for taking him in until his parents got home.